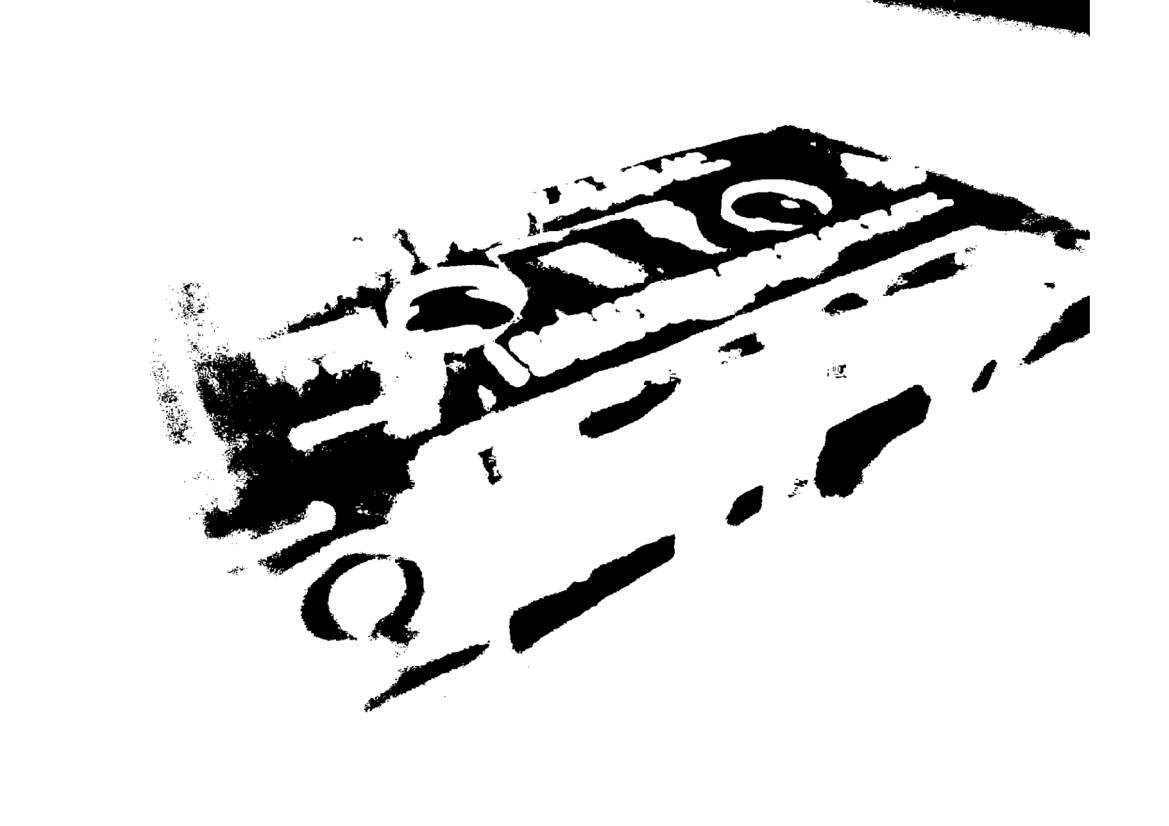 Having been fortunate to have been on the scene from the beginning in some form or another, from promoter to producer and everything in-between, you cover a lot of ground. Along the way, you collect friendships. Friendships with a vast array of knowledge and a memory leagues above what us mere mortals can only aspire to. Why do I mention this morsel of highly underwhelming news? Well, its that vast ocean of Electronic knowledge that I had to tap into when the Boss fired over a copy of ” Manc White Label ” and the dreaded word ” Thoughts? “.

The backstory to the EP is somewhat taking on a legend in itself, with tales of lost recordings, one that went under the radar and the ever-reliable Private Press… It professes to hail from the North of England, my roots, my heritage, so armed with what little information floating there is and enough gravy for the week, the headphones were on.

The first cut on the three-track EP itself on original listen is a crafty bugger. With a chirpy edge, it carries enough sonic shout outs that if you’re not on your game you can get drawn in. What sounds to be real vintage hardware is laced with hooks and riffs over a rolling breakbeat. There are elements that sound reminiscent of the Bleep scene that catches you off guard until the FX starts. There’s a certain over saturation with them that runs through the EP for me.

The sort of ” I’ll bang a phaser here and this cute little crescendo there ” that you would never find on a Unique 3 / Forgemasters / LFO jam pumping out at the Hacienda or Leeds Warehouse back in the day.

This was the point I needed to open my arms to my extended family on the scene and embrace their wisdom. Something wasn’t right to me or maybe I was hearing it wrong. We deliberated, we swore and we concluded with as fewer toilet breaks our age dictates and moved the needle on Track 2

At this point, the recordings became a secondary issue to the discussion behind closed doors to the legitimacy of its credentials. Is it one that got away?  Was it a Lost Recording? Was it so far ahead of its time the Gods of  Electronic music felt we weren’t ready for this audio back then?

In my candid opinion, I say No..And this is where I potentially shoot myself in the foot but to myself and the Brethren Their names have been changed to protect their legacy), don’t believe. Everything about this is too clean and structured to be a Lost recording, even with a good quality remastering. The narrative as you repeatedly listen comes across as blocks of sounds, a collective of ideas cemented together with sweeps and FX and the hooks are just that, Hooks!. The more I listened the less convinced I was that it was something gone unnoticed for all these years and was now surfacing. Dare I say it almost feels ” Sample Packs ” at the hands of a musician having a pop of crossing over into the Electronic scene. You can almost see the scored Verse/verse/ middle 8/ outro.

Both track 2 & 3 follow the same path becoming almost a barrage on the senses with a vast quantity of sounds. Almost a fear of silence that withholds the chance for the tracks to breathe and introduce new characters to the piece. The busyness yet lack of dance floor draw started to make the storyline hard to hear over the uproar. Like trying to identify a suspect wearing a crash helmet.

So the only question left to answer… Blag or Banger?

I say Blag.. everything about it from the production, narrative and the way the package has been delivered feels like a marketing exercise for a producer just taking their first tentative steps in the Electronic scene.

* If this is a drunken tongue in cheek, absinthe induced breakdown from Hawtin, I’ll be in the wardrobe sobbing.

Superstrobe & Dominik Vaillant – Intensity – Label, We Are The Brave