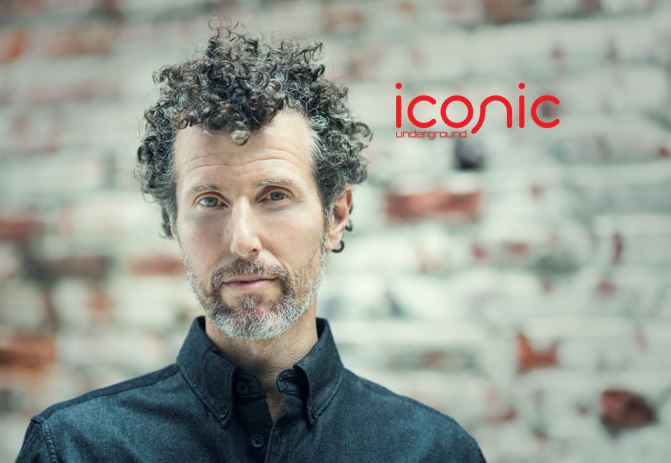 Josh Wink, is a pioneering American dance music DJ, label owner, producer, remixer, and artist. He is a native of Philadelphia (Philly), and was an integral part of the early rave scene during the 1990s. He’s best known for his tribal forms of techno and house and his worldwide smash hits.

In 1995, he released several tracks, including “Don’t Laugh” (as Winx), “I’m Ready” (as Size 9) (which hit number one on the U.S. Hot Dance Club Play chart), and the game changer “Higher State of Consciousness,” which topped the dance charts across the world.

Three decades on and he’s still very much in the thick of it, we caught up with him on tour in the Bahamas….

Mike Mannix: Nice one Josh Wink for taking a time out from the studio to have a natter with us at us at iconic underground magazine. A great many people know your name but how many know your background and how you came up in Philly? Tell us about your very early influences from your family and local community and how it affected you socially and musically, that eventually led you into dance music?

Josh Wink: I mostly became influenced by music when I was 13 and started working as an apprentice for a mobile DJ company. Before that, I was mainly being influenced by the music that my brother, who is 10 years older than me, was listening to. He was more rock-oriented listening to Arlo Gutherie, Frank Zappa, Joni Mitchel, David Bowie, The Grateful Dead etc, but he also introduced me to Kraftwerk in the 70s, which really had an impact on me. My father listened to mainly classical music, but my mother listened to a broad range. I remember hearing Third World and starting my love of Reggae and world music through her.

However, as I mentioned initially, it was when I started the mobile DJing and stepped into the record store life that my love for Soul, Disco, house, hip hop, and synthpop really began. There were a couple of stores in Philly where I would go to listen and buy music. LP’s and imported specialty music was sold, and

I would dig into the crates of used record stores too, getting the sought after gems that people had forgotten about. This time in my life, in the mid 80’s changed everything for me.

MM: You have accrued through countless hours in the studio a massive back catalogue of incredible tracks over your extensive career, and in particular, can you go through the whole process of inspiration, inception and your work plan for the worldwide massive game changer ‘Higher States Of Consciousness’, and what it means to you today?

JW: I derive my influence from early musical production on the Chicago, New York, and English 80’s house, acid, and British hardcore scene. I was a fan of the early Detroit, Chicago, and New York house sounds of the mid to late ’80s and wanted to make my own versions instead of solely playing other people’s music. So Higher States was a combination of my love of acid house, electro and UK hardcore/jungle. It was the perfect timing for this record to come out, even though I was releasing music for 5 years before Higher States. But the same year, 1995, I also released “Don’t Laugh” and Size 9’s “I Am Ready”, which both became anthems in their own right. However, Higher States, as you stated became a ‘game changer’.

MM: Walk us through the studio production process of creating your brand new Acid banger track ‘Aries In Mars’ from the analogue outboard, midi, samples and DAW you used and why. What is key in the whole production process?

JW: I’ll be honest with you in that I’m not sure I could pinpoint what the key to the Wink production sound is, or creating a composition. For me, the process is always very spontaneous, where I never know what’s going to come out of me and the studio gear. “Aries In Mars“ is a bit of a big room, aggressive, breakbeat, acid banger which came together when I was intentionally trying to make a big track for Ovum’s 300th release. I did this, as with most of my production, using Ableton Live as my DAW. The drums are mostly 909’s and 808’s along with samples from my personal arsenal. I mix up my production with hardware TB303s and virtual 303’s. Depends on my mood really. This one was a virtual 303 by Audio Realism processed with a rack of native plugins to help craft and shape the software 303 into sounding more like my real 303’s.

MM: Tell us a little about your historic label Ovum Records, and who should we be watching out for across future releases?

JW: Ovum was started because of a desire for me to release on my own label, where I could have control over my releases. It later became a platform for me to be able to release music from artists that I was passionate about, disregarding genre.

Over the years we have worked with a lot of great artists like Loco Dice, KiNK, Davide Squillace, D’julz, Steve Bug, Nic Fanciulli, and many more.  2019 should be an exciting year as we celebrate our 25th Anniversary and we have new releases lined up from Charlie Thorstenson, HyperLoop, Anton Pieete, John Dalagelis & Stelios Vassiloudis, Ryogo Yamamori, and me. Also be on the lookout for some remixes of some of our classics releases from over the years.

MM: What’s the biggest life challenge thing you’ve overcome, and what did you learn from it?

JW: A certain music attorney early in my career. Don’t want to get into it. But, they say you learn best by your biggest mistakes. And I’ve learned a lot from one man.

MM: How do you think social media has impacted the dance music scene, and what do we need to change?

JW: It’s diluted and grown the dance scene. People tell me that

But I believe it’s not just in the music world where this has become a debate or phenomenon. Social Media has taken away a lot and added a lot as well. But, I miss the early days of connection with music – not cellular connection.

MM: Has the advent of constructions kits and templates oversimplified the whole production process leading to lazy production and a lack of originality?

JW: Hmmm perhaps. I don’t know much about them or who uses them, but I’ve been told some of the kits are cool and worth checking out. Most kits will be used in different context, so I still believe in originality. There is a bit of a ‘preset’ mentality with pre-created sounds and loops. It makes musical production easier and affordable. Years ago you needed to have or know someone with hardware and a studio to make music. Now you don’t. You simply need headphones, a laptop, crack software DAW, and pre-constructed sample pack kits/loops to make tracks.

JW: This is a tough one. I would say, as I always have said; make sure you’re into the music from the heart. Really believe in the passion for the music, because if you don’t make money you have to be okay with that. In the beginning, none of us thought we’d be making a career out of a passionate love of electronic music. Now, that has changed. People want to be a DJ/Producer because of the career one can achieve.

MM: What’s the biggest challenge you face personally in producing?

JW: Making the time to get into the studio! Then when I’m in there, having the workflow to produce music worthy of release. Sometimes writer’s block is a factor. Luckily for me recently my music has been a seamless workflow of creativity and solid output!

JW: Musically speaking, the passion that I still have for being an artist, DJ, and Producer. It’s still strong and this is what motivates me to keep pushing, learning and creating!

MM: Do you feel this is a particularly exciting time to be working in dance music?

JW: For me personally yes, because I still have the passion for electronic music. However, the raw feelings were stronger when the music and scene was being created and developed in the ’80s and ’90s. That was a magical naive time in dance music, which hasn’t been replicated since. But, it is still inspiring and exciting.

MM: What have been your stand-out festival/gig moments, over the years, where you thought ‘wow this really is amazing….’?

JW: For me, most festivals and gigs have the ‘Wow, I’m still happy what I’m doing and this is Amazing” factor. I’m currently on a cruise festival now in the Bahamas, sitting on a balcony, 11 floors above the turquoise Caribbean sea doing this interview, part of the Friendship cruise party with a combination of 3000 artists and music enthusiasts, all on a boat for 4 nights. Now I’ll say…“Wow, this is really amazing”!

MM: Do you think that music works on a spiritual level, and how do you make sure that your music has soul??

JW: Yes, I believe it can. I feel there is a higher level to music than just what it has become. I truly feel that when I perform I act as a musical therapist helping transport people from their lives to a place that’s been in the “now”, where they don’t have to think of anything else. No relationship issues, family, bills, rent, pets, death, news etc… Be here now with me. Two or more hours of letting go and being enveloped and hugged by the sound. Kind of like seeing a movie in a theatre. Shut the phone off, and zone out for the entire length of the performance, escape and participate. So, yes. I see music as a spiritual tool, where it can act on a higher state if the individual lets it.

MM: How does the tension between past and future affect electronic music?

JW: Our life is influenced by our environment and our experience in the world. So it will manifest in all aspects of our lives. We remember and learn from the past, trust the future and try to live in the present.

MM: What are your next big projects/collaborations/ Album plans for the future?

JW: Yes, an electronic music LP is in the works. Mostly featuring my techno and house tracks that are yet to see a release, but that I play out frequently. And a music band-ish project called LOE. Keep ‘em peeled!