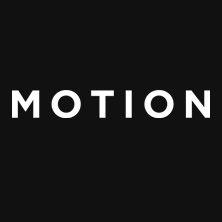 Recently voted best city to live in the UK, Bristol is a place commonly known for its art, street culture, diversity and especially its music scene. Motion is a nightclub having taking a reputation reigning as one of the best nightlife experiences in the UK, having once being an old skate park it has converted itself into a multi-roomed warehouse which holds no bounds of excitement.

The In:Motion series has returned in 2017 with its opening party featuring some of the biggest names in dance music.

The night was sold out, I walked past a queue extending to the end of the street. A combination of ages from university freshers to the wiser generation of music lovers. Entering Motion no one could deny that such other DJs as De Sluwe Vos and So Works DJ’s warmed up the night nicely with their sets. DJ, producer and promoter of Patron Records De Sluwe Vos played a combination of up tempo house and tech house that he played with joy and enthusiasm. Advancing to the next room Bristol based promoters So Works DJs performed an uncommon set with mixture of genres. From mainstream disco (including crowd favourite ‘Young Hearts Run Free’) to jazz flute and American hip hop.

Talking to one of the So Works DJs afterwards he mentioned ‘they may have made some bad choices in song tonight’, whether their choices were a tad corny it brought the crowd together in dance and I really felt a community ambience.

The Special guest announcement of the night was Eats Everything, it was to be expected not only was he a born and raised in Bristol, but a real crowd favourite with a successful brand making him one of the pioneers for British house artists. He certainly made a stage presence, his own visuals accompanied him on screen ranging from cartoon like animations of his name designed to look like the burger king logo to a more satire statement of Donald Trump made to look like he was shuffling.

Eats Everything played his trademark dirty, jacking beats combined with the lighting bouncing off the disco ball and the large crowd really gave me taste of what a night in Motion is all about.

A highlight of Eats Everything’s set was when he played his remix of Green Velvets ‘Flash’ where a sudden gush of multicoloured confetti filled the room. A guy walked in the room with his friends just as this was happening and screamed in amazement ‘OI OI ITS GOING OFF IN ‘ERE LADSSS’ summed it up really!

One act who I was most excited about seeing perform on the night was Peggy Gou, a recent newcomer there has been a lot of hype surrounding her style of music with a mixture of house, techno and an added combination of groove, funk and oriental sound.

The South Korean artist did not disappoint, her performance in The Marble Factory room was beautifully executed and delivered soul on so many different levels and eclipsed the entire venue. The crowd showed spirit and exuberance by chanting ‘Peggy, Peggy, Peggy’ at the end in which she responded in gratitude with air kisses. Bearing in mind she posted on her Facebook page how she was overcome with the flu she still gave a 10/10 performance…in my opinion the best of the night!

The Martinez Brothers and Jackmaster finished off the overall night with a bang. Both sets gave the crowd the illusion of being in Ibiza rather than the West of England with an infectious sound of Balearic house, up-tempo house and body and soul. It was a shame both headliners were on at the same time, however with enough room to swap between both rooms I can’t say I didn’t get the experience of both sets. My first night at Motion was first impressions a place that every reveller in good music should experience!