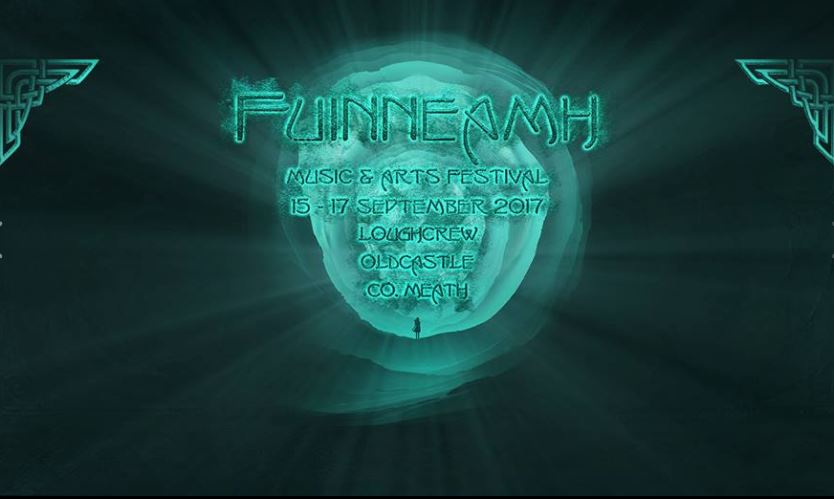 Mike Scholz: Can you tell us a few words about yourself and how your involvement with music started?

Luke Reddy: I’ve always had a massive interest in music from a young age, always played in bands and went to gigs – but I was really inspired by what I saw living abroad in Europe back in 2010; a liberal approach to open air parties and amazing underground club scenes. Of course, a huge inspiration for me is one festival in particular – Fusion. That place is connected to the source for sure. I still make my pilgrimage to Fusion every summer. It was something that really took hold of me. But yeah by 2012 I had started a series of open air forest parties in the Wicklow Mountains under the name ‘Keep Her Lit’. After that, I went and studied Festival Management in Co.Westmeath and began planning to make this little dream into a reality.

LR: What do you do at Fuinneamh Productions?

I am the founder of Fuinneamh Productions and currently one of 4 directors. Myself, Rob Barrett, Jack Cleary and Allen Anderson are a group of like-minded friends with different skill sets that work together to push the boundaries of what can be achieved through live entertainment in Ireland

LR: It feels good to know that our approach to shows is being received well by the public, we still have a lot of work to do. We’re by no means finished and by no means are we close to the level we would like to see ourselves – but we’re getting there.

MS: What do you think makes your festival so special?

LR: We have a unique approach to our shows. We focus on themes and build environments around that we believe in a heavy aesthetic influence in all our events – building sets that transport audiences to psychologically enthralling wonderlands. For example, at Fuinneamh our main stage is a futuristic take on an ancient cairn/stone circle’s 12 DMX controlled energy crystals surround a dance floor and a giant sundial visual mapping screen shines over the stage. This is supposed to represent the Ogham calendar, 12 months and the sun makes 13. We’re constantly evolving this stage adding planets and moons this year! At Higher Vision, we built a 20-foot geometric cobra to symbolize bringing the snake back to Ireland for St. Patrick’s Day! We’re maniacs, to be honest, but that’s what makes our shows a little different.

MS: Fuinneamh is only a few weeks ahead, what do you have in store for us?

LR: A new site overlooked by ancient monuments older than the pyramids – you can literally feel the sacred energy of this place beneath your feet. We’re in love with Loughcrew and we can’t wait to show festival-goers our new site layout and all the new nooks and crannies & all the stages that have evolved from Lúnasa.

LR: Yeah, a lot of the time it can cause anxiety and stress in the lead-up. I suppose one of the toughest things is knowing that if the ball is dropped no one is going to be there to pick it up. And managing working relationships, that’s so important.

I’ve always valued calm working relationships and respect, my approach is just to treat everyone, from local authorities to headline acts to volunteers, exactly the same – we’re all human. That’s really a big part of our ethos, inspire people to live harmoniously and collaboratively with one another and with the world around them. To celebrate through music, art, performance, cultures, language all the diverse ways we live our lives today.

MS: Questions about the rest of the Fuinneamh team.

Rob is a childhood friend, a genius really. He’s our production manager, the glue that holds Fuinneamh together. By trade, Rob is an incredible software engineer who still works his 9 – 5 until Fuinneamh becomes sustainable enough to be his full-time job. But juggling between Fuinneamh and his software company is a feat I can’t fathom how any man can manage

All Jacky the cat. Jacks that fellow we used to go drinking with in Enda’s Park who’d always get nudey.. He’ll love that! Jack is a pro – Jack looks after all our artist bookings and deals with the monumental stresses of dealing with artists and their egos (joke). Jack has such an admirable work ethic, also juggling a full-time job in the public sector. Jack started a very popular label and club-night called Smalltalk back in 2011 and since then we’ve always worked together to some degree.

Allen and I studied in IADT together back in 2010. We also spent a lot of time not going to IADT in 2010 and enjoying electronic music and the subculture which it comes with. Allen’s ability to translate concepts into visual reality is remarkable, I don’t think I’ve ever met an artist with an attention to detail quite like Allen. We really work well together and Fuinneamh wouldn’t be what it is without his unique talent.