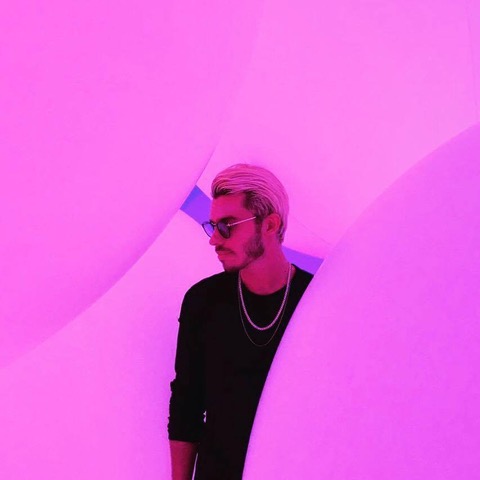 A rare talent with a knack for producing genuinely interesting and captivating soundscapes, Dorian Craft is a man who was set for a big 2020 before… well before you know what.

Anyway, the Frenchman has been ploughing on regardless, and his hard work is beginning to pay dividends too. While it’s his latest record on Behrouz’s Do Not Sit which has really got tongues wagging, the Cannes native also has releases forthcoming on Saved, Monaberry on more. If ever there was an example of the benefits of positive thinking, Dorian Craft is a man who surely embodies all of this right now.

While things might be on hold for him somewhat at the moment, he’s still found time to produce arguably the most emphatic and innovative sounds of his career. And frankly, what’s not to love about that? With Paris gone into lockdown, Dorian made a beeline for South of France armed with his laptop and not much else. A few months later, it’s already paying big dividends. Here’s what happened when we touched base..

IUM: How are you, what’s good and bad in your world right now?

Dorian: I’m fine, thank you! I left Paris in March and spent lockdown in the south of France. I’m waiting for a better situation before I fly back…

IUM: As a Frenchman, how influential was your country on your sound? What clubs, parties, and DJs influenced you to start DJing and producing?

Dorian: I actually started out in the house scene and in 2006 gently moved to the tech-house and finally towards a more melodic / Afro style.

In France we are introduced to great artists such as Daft Punk, who of course have had the attention of the industry for some time

I think they brought a lot of people to the electronic music world. For my part it was with their second album including of course, “One More Time” in 2000, that really made me stand up and take notice. I was only 10 years old and later in 2005 I remember discovering this Bob Sinclar compilation from Defected, with disco to tribal house, and decided me to move forward and inspire me to DJ.

IUM: Do you think growing up in France has had a certain impact on the music you make?

Dorian: I would say that it made me dive deep into the electronic music world. I’m from Cannes, and in 2007 we had a club named “Le Palais” (who brought every night all the best DJs in the world to this small city).

IUM: Can you tell us a bit about your favourite gig of all time? What made it so special and what are the ingredients that make up a good night do you think?

Dorian: I don’t have a favorite gig, but more experiences…

For example, when I was in Miami in 2017 at a Black Coffee party during the WMC, I was on the dancefloor and thinking I had to get to know this guy! One year later I was given his warm-up for a party in Cannes during the film festival, and after that, he contacted me to ask me for all my tunes. We played again B2B the year after at the same party before I joined his line up at Hi in 2019.

IUM: You just did a release for Behrouz’s label. What was the vibe you were going for with that one?

Dorian: Basically, Monaya was more Afro with some percussion involved. I produced it In November last year and kept it on my laptop until I had this gig in Tulum in January and tested it. I felt it could be improved and I decided to remix it. This remix version caught the attention of Behrouz. It was supposed to be released with another track but during the lockdown, I produced Divination, which I actually feel is a stronger track. And so the Monaya EP was born.

IUM: You’re also playing in Mykonos this year – can you tell us a bit about that?

Dorian: With this sticky situation, I feel lucky to play on the island. I was booked at club Sanctus among other DJs like Lehar, Armonica, Innellea, and Brina Knauss but it was tricky because the government imposed the club half of the capacity of the venue. So we had to adapt.

Luckily could also play a bunch of villas after-parties until late in the morning!

IUM: How do you know when a track is finished? Have you become more confident in your sound over the years?

Dorian: To be honest, a track is never finished. But I know when I like it when I listen to it the next week and I don’t feel it’s a bad track. I feel I’m improving my level, and I can go further with my ideas but I wouldn’t say I’m more confident over the years because producing music is an Art. Art is something that expresses feelings and everybody has their own thoughts.

IUM: What’s been the most challenging aspect in terms of finding your sound?

Dorian: I love so many genres, I always start a track with a main idea and end up somewhere I didn’t expect. I would say my creativity has been very challenging because I never want to stick to the same style. That’s why it’s tricky for me to put words on what I like. But I tend to think more and more that there are no rules.  As Sting said in one of his songs “Be yourself, no matters what they say”. 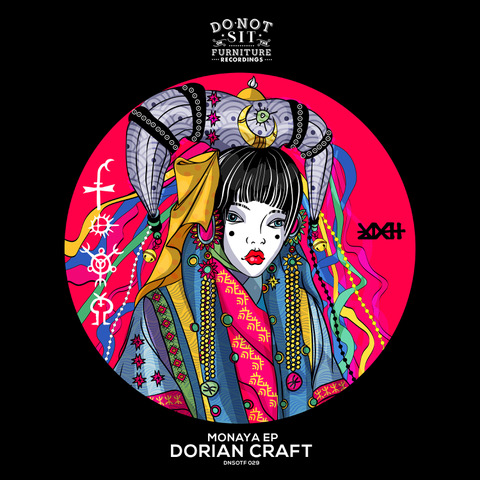 IUM: How does this release differ from other ones? Does this signify the biggest release yet for you?

Dorian: I’m happy to join Do Not Sit cuz I play a lot of tracks from the label. It’s a guarantee of quality when I know Behrouz is the selector behind it. I tested something new for me with Monaya with this Arabic riff that you can love or hate… that’s why I can’t tell you yet if it’s my biggest release…

IUM: You also have some other big releases in the pipeline — can you tell us a bit about them?

Dorian: One good aspect of this lockdown was for me to have time to produce music, and question myself about what I could improve, and how I can bring something fresh to the table. That why I have produced several tracks without setting boundaries of genres. And now I come up with confirmed releases on Saved, Madorasindahouse, Monaberry, Radiant, Stride, and a remix for Connected Frontline...

IUM: As someone who seemed destined for a big 2020, how important have you found it to stay positive?

Dorian: Even if it’s not always very easy to apply, I try to make no plans. I think what’s meant for you, will always be yours. I focus on what I can control and move forward from it. After 2020, there’s still 2021!

IUM: What dreams, hopes, goals do you have for your career in 2021 then?

Dorian: My dream now is to have everything back like before this situation. Then of course I will keep working hard on my stuff. I had promising contacts with major artists of the scene to work with them production and DJ wise and this is enough to motivate me.

IUM: To people who’ve not encountered your sound before, where would you recommend they start?

Dorian: They should look to my Spotify or SoundCloud page… or maybe just google my name!

Dorian Craft’s Monaya EP is out 04/09 via Do Not Sit. Keep up with Dorian on Facebook and Instagram. Buy/listen to the release on Beatport here.