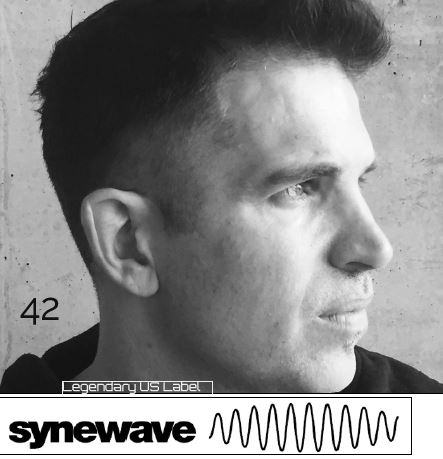 From the late 1980’s in New York City ‘Damon Wild’ has been associated with house, acid and techno, and inspired a generation with his label Synewave Records, here’s his story…

Mike Mannix – Nice one Damon, originally before you moved to New York to start your music career, you were from New Orleans. What was your reason for moving cities? Didn’t you find any musical inspiration in your hometown?

Damon Wild: The main reason I moved from New Orleans to NYC was strictly about the music. I really liked what was happening in NYC at that time. House music was on fire, at its best, the record shops were lively and it was truly exciting. I really enjoyed living in my youth down south, but I needed to go further and a friend of mine in NYC, DJ Moneypenny, inspired me and helped me to make the change and to make the move.

MM: You moved to New York in 1990, a city that created brand new music and talent, and was a mecca for nightlife. How did the city at the time impact yourself and your career?

DW: NYC was like starting a new life cycle. It was quite the opposite of The Big Easy; energetic, high speed, heavily populated and the heart of the music industry. I started off low, renting a small place in a basement in Brooklyn and working between Sonic Groove and Fourth Floor Records/ EX records in Manhattan. I loved going out to nightclubs like The World, Shelter, The Tunnel, The Pyramid, Choice, The Palladium, The Limelight, and Robots, I was really into NYC house DJs like David Morales, Frankie Knuckles, Joey Negro, Junior Vasquez, Danny Tenaglia, Mark Kamins, Lil Louis Vega, among others. I loved the mood and spirit the love of music and watching people dancing in the clubs or even in Central Park on a Sunday afternoon street party. It was really special though playing at Future Shock at The Limelight with Jeff Mills, as the resident.

DW: I helped run the mail-order department in the original shop in Brooklyn and had a great time. I really liked Frankie Bonez and what he was producing at that time. He also influenced me to get more into DJing. They all had that Brooklyn edge to them and that fusion of Techno and House. At that time Techno was like a prejudice in NYC and it was very underground. Frankie was selling mixed cassette tapes, and by doing so, he taught many people about the early rave revolution from Europe and England. The shop was the first in NYC to sell only Techno and it wasn’t easy at first because most of Brooklyn was listening to Freestyle, House, and Hip Hop.

MM: Once Synewave record label was realized, how did it feel as an artist to have the freedom and independence to create and release the music you wanted to on your own record label?

DW: I stopped ‘Experimental Records’ in the very early ’90’s and decided to make my own label ‘Synewave’. I couldn’t really complain about not having my creative freedom because my boss Sylvio and Tommy Musto at EX records, gave me plenty.  I just needed to do my own thing and that’s where ‘Synewave’ came in. I really enjoyed starting up the label and doing everything from producing, going to mastering sessions in Manhattan, then driving over to the pressing plant in Brooklyn and then finally over to Watts distribution over in Long Island. It was a tight circle. I had it all running small out of my flat in Staten Island.

My studio was made up of half of my bedroom. Records were stored in the kitchen area…It was crazy but fun. The label was a complete success and the first ep, Morph – Stormwatch, which was produced with Dennis Ferrer, was a strong start. Following with Ausgang and then “Bang The Acid”, which really fired off the label. Then “Avion” was also followed and it was heavily supported by Jeff Mils, Laurant Garnier, Luke Slater, and many others around the globe.

MM: Synewave has had many big names working with the label?

DW: Yes, the label has had many prolific talented artists like Dennis Ferrer, The Advent, Joey Beltram, Mark Bell, Steve Stoll, DJ ESP, Function, Blue Maxx, Voyager 8, Tim Taylor and Ausgang etc with Jeff Mills giving permission to use his remix that he did for Equinox (myself and DJ Repete)  “Pulzar”, which was first on Vortex Records. This was the label from ‘The Limelight club’.

MM: You have composed such minimalist tracks as ‘Bang the acid’, Avion’ and ‘Rotary’. Yourself and Tim Taylors track ‘Bang the Acid’ is a track that has been remixed numerous times. Does it feel great as an artist that people appreciate your music so much that they want to recreate it?

DW: Yes, of course, it’s nice that people like our music and that they connect to them.  It’s always interesting to see different perspectives by different producers. Basically, the newer mixes on Missile were all organized by Tim Taylor. “Avion” was a pleasure to re-release with remixes by various artists. Marcel Dettmann really helped spark off the remix series with his deep remix, then followed by other artists such as Echoplex, Pacou, 88UW, Terence Fixmer, etc. It was a fun project and I have always enjoyed helping give new talent a stab at the mix.

MM: Did you ever imagine to be at the forefront of the electronic and acid music scene and quickly become a pioneer?

DW: No, I never had any thoughts that I would go this long or far with electronic music, but I feel it’s just part of my being.

I always find it going through cycles and waves, but that’s the same as life.

MM: You are now currently based in Warsaw, Poland. Do you find that the country of Poland and Eastern Europe is becoming a hub for new music, talent, and nightlife?

DW: I am not so involved with the nightlife scene in Poland, but I do occasionally play out in different cities. Warsaw is much more advanced in terms of culture and art than it was when I came here 10 years ago. Now there are many big name DJs coming here to play and some bigger parties going on. It’s not Berlin, but it’s evolving.

MM: You have recently just finished a track called ‘SW119’ with Polish DJ Jurek Prezdziecki, to be the first release of 2017. Will we see any more collaborations with him or any other DJs this year?

DW: SW119- PRODUKT is a collaboration with Jurek and myself and yes we plan to collaborate on more projects in the future.

SW120 is a new track by myself under my alias “Subtractive Synthesis” entitled “Timelapse” ep. There are also remixes by Function and Postscriptum. Also to follow an ep by Cisco Ferreira..aka Soul Destroyaz. Further down the line for releases, I don’t know at this time, but ep to ep. We are not a factory style label, but more of an artist’s gallery.