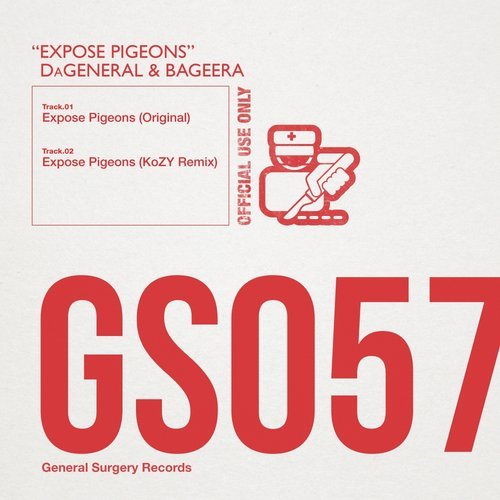 February 7, 2017 Off By Iconic Underground

Expose Pigeons begins with explosive impact, as the kick and bass rip through the air, mixed in with a shuffled band of cymbals, instantly dropping into the first short break and snaps you back in through the underlining drum fill. Like the bells of notre dame ringing out above you crunched through the smoke of the air, these stabs resonate you forward into the heart of the track. With a bitterly warm acidic bass style toned synth building from the depths of a cove then whips away and fills back up into the heads of the beast, this track is one not to be fighting against but getting lost in an headwind of hypnotic sounds!

Kozy Gods of War Remix is not one to be beckoning with, taking you deep into the soul of a war lord, tearing up that bass driven rolling acidic synth almost immediately, adding to the element of that impacting bass and kick. Shortly later becoming impaired on a groovy chopped up clap and shuffled cymbals making you gasp for air as you want to do nothing but bounce to its along to its beating sounds taking you deep into battle. You hear the loud cries of the horn calling all warriors forward on the break, with an explosively loud bang as the bomb hits you are catapulted straight back in and driving you on to your enemy. Make no illusion, this remix is not to be beckoned with but perfectly complements the original.