COYU is a very talented and well respected Catalonian DJ/producer and label boss known as The Big Cat’, and is the main man in the Suara House and Techno temple, which is one of the worlds most prominent dance music imprints. We got to hook up with and chew the phat and discover what makes him tick…

Mike Mannix: So can you tell us then, how did all start? What were your influences that eventually led you to a career in electronic music?

Coyu: Thank you very much for having me for this interview, and the front cover. I really appreciate it! So when I was 17, I started going to techno parties. I immediately fell in love. I mean I really loved it. Not just the music, but the vibe of the parties. It was something fresh. It was my first year at university, and I was working to get enough money to buy a couple of turntables and a mixer because I loved vinyl. I also started writing for a few magazines, because I wanted to be in both, you know, I thought that it could be a good first step. I ended up interviewing the likes of Loco Dice & Solomon. Everybody. I really wanted to be fully immersed in the entire scene, so then I started to run my first parties as well as working as a radio host, on my own show, and as a runner, driving the DJs from the hotels to the venue. I accepted almost every job that people in the industry offered me. I think this gave me good a foundation because I know what I know from working very hard on different sides about the music industry because of those early years.

Mike: So you fully immersed yourself in all aspects of the scene?

Coyu: Yeah, it was pretty organic. I just wanted to be involved. So you know, when you work hard, you get new offers and you get new experience, and then people see that you work well, and they offer you something different; and that’s why I have been working in so many areas of the industry.

MM: Then you really got into producing?

Coyu: Yeah, only a few years after I started loving electronic music, I released my biggest track ever. It was called ‘El Baile Alemàn’. It was released 10 years ago, in 2009. I was 23 years old. It was the bestselling track on Beatport that year, in 2009. Everybody played it from Sven Väth, Ricardo Villalobos, to David Guetta from the very underground, to the very mainstream. And that’s why it was so, so big.

Mike: Were you expecting that level of success from that track when you were writing it?

Coyu: Not really, everything happened very very fast, you know? From driving DJs to their gigs, to becoming an international DJ in my own right. When it happened I was living in Berlin, with my friend Edu Imbernon and we made the track because we were bored. I mean we were playing PlayStation, and we were just bored and said, “Yeah, let’s make a track together.’’ We wrote it in five or six hours. That track was the bestselling track on Beatport that year. 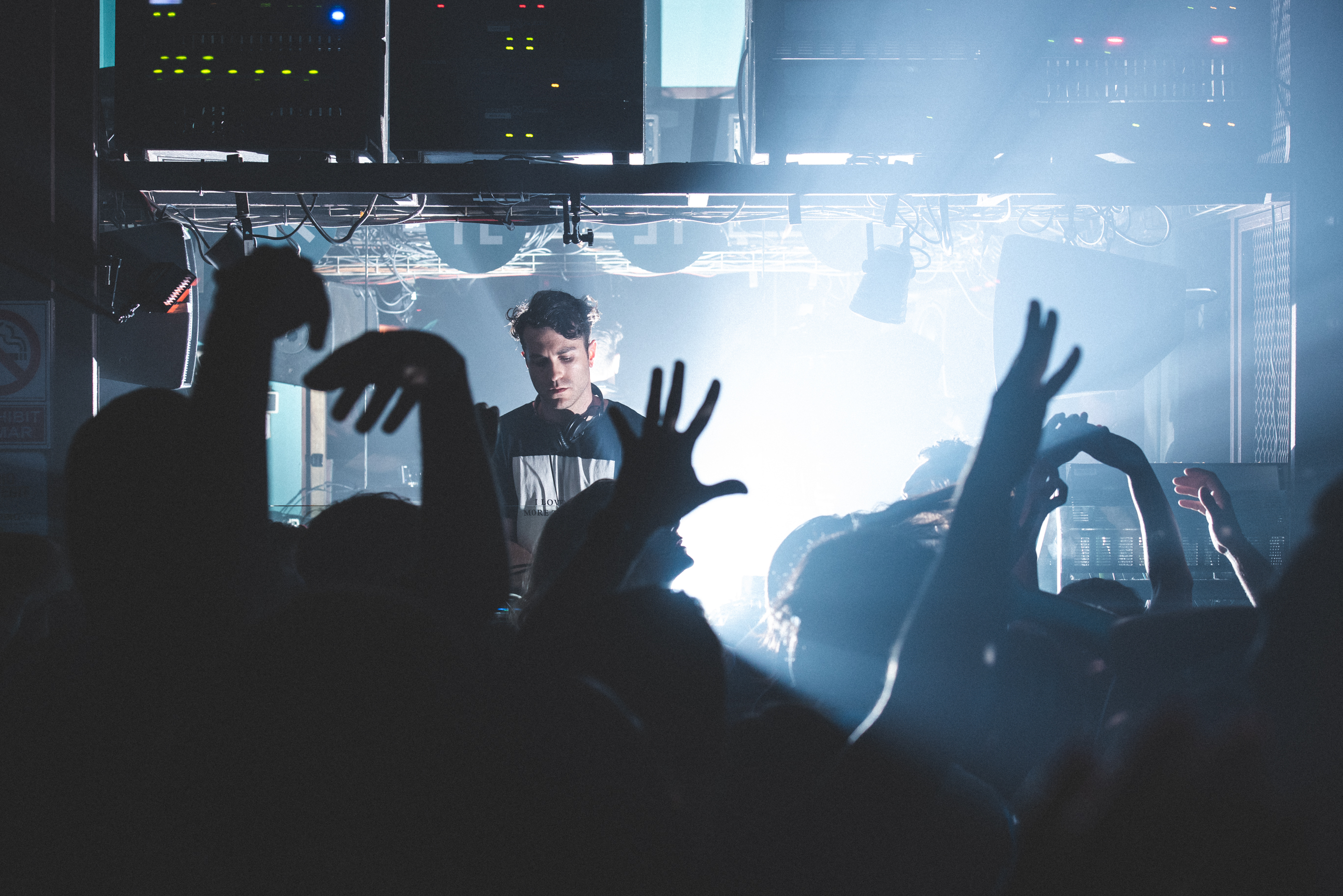 Mike: How did you lay out the track, what did you use?

Coyu: I work with Ableton. I don’t have machines, I’m a software guy. I’m pretty basic. I have a keyboard, an iMac, speakers, a good sound card; and a lot of imagination. I don’t have a lot of gear, to be honest. I’m very minimalist in that way I’m using almost the same stuff I started with. I don’t like to add new gear, or new plug-ins because I’m so used to the ones I always work with and I don’t have the necessity to add new gear. I’m not a gear freak haha. I like music and I make music, and that’s all. Actually, that’s why I never do interviews about my studio, because … the most beautiful thing in the studio is my vinyl collection haha.

Coyu: Yes for us anyway, thankfully it was a big, big success, we are very grateful for that track.

MM: So that opened the doors?

Coyu: Absolutely, we were local DJs. Edu is from Valencia, I’m from Barcelona we were playing in our cities …after that track, we started to play South America, North America, Asia, Australia, everywhere. Three months after that we had another 2 bestselling tracks on Diynamic & Great Stuff it happened super-fast. We were the guys of the moment. We got offers to release on 2020 Vision and Rejected Joris Voorn label.

Mike: So, how did you find the whole journey into DJing then and all the touring you had to do, did the adrenaline carry you through?

Coyu: Well, the airport time is … well boring but it’s part of the job. In general, I do love to travel anyway. I love to meet new people from different cultures, different countries; so yeah, I enjoy that side of it for sure. Also, at the same time, I don’t have a normal DJ life because I do other things outside of the music, with the store and the foundation, sometimes it’s difficult to have energy enough for everything.

Mike: Would you like to talk about the foundation and that aspect of your life? Because I know you’re passionate about animals as well.

Coyu: Sure. It’s my biggest priority. I mean the most interesting one at least. I love cats, I love animals, and that’s why I became vegan because I’m not a pet lover but an animal lover. Me and my girlfriend decided to build this foundation about eight years ago the cat house. We have a physical place where people can come, spend some time with the cats, have some friends, grab a coffee or a juice and have quality time with them; and if they fall in love, they can adopt them. Yeah, it’s something that I really love to do. It takes a lot of my time and money as well because it’s not a cheap hobby, you know? But it’s something that I really love and I will keep doing forever.

Mike: And obviously it gives you great joy and purpose to be able to give back…..which you also do with the up and coming artists as well when they ask how to be successful in this saturated industry?

Coyu: Of course, yes, you have to try to be honest with yourself and music. If you make fake music because you wanted to be part of the business, the people are going to know. People are not stupid. They don’t want copies of copies. They want something fresh. And that’s why I think we succeeded with El Baile Alemàn, because, it was something different and it was something fresh, and I think it became such a big hit because we didn’t want to do a big hit. We just wanted to have fun, and when you have fun, big things can happen.

So, it’s all about, making your own thing your niche. It’s all about, persistence. Actually, persistence for me is one of the most important words in this business, because some people make a big track and then they go to sleep, you know? And that’s not how it works. When we made El Baile Alemàn, we spent day and night working at the studio, and that’s why all the other big hits came after. It’s a lot of hard work, passion, and persistence; and for sure, try to not be a copy of a copy of a copy, because that’s what’s happened to many people; they see the success of other artists and they make tracks like them and that’s not how it works. You have to make tracks that you like. Tracks that define you, as an artist, as a person! 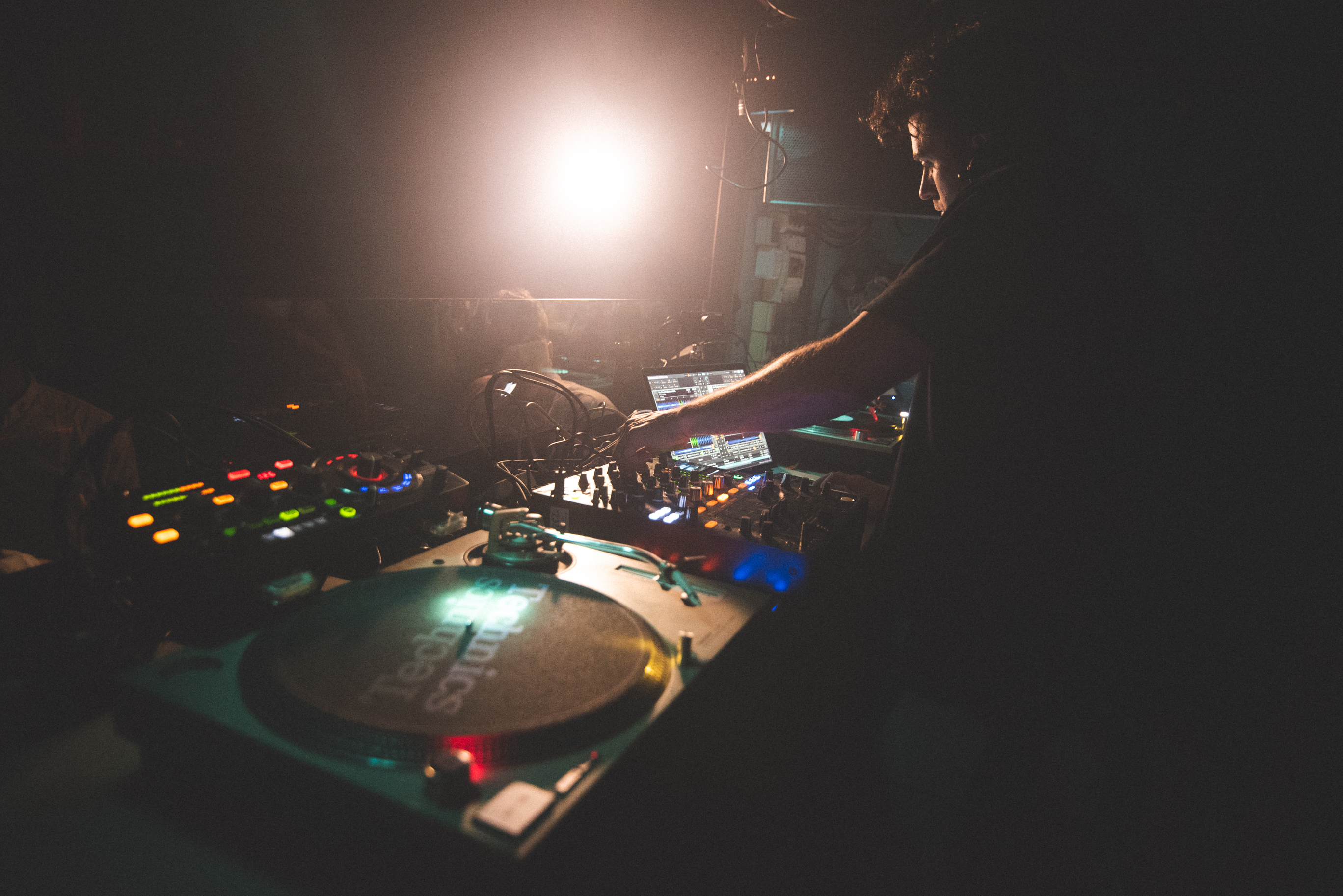 Mike: Good advice. Can you tell us a little bit about your stage name then, Coyu? What’s the meaning behind that?

Coyu: There was a track I heard on an Amnesia CD from Ibiza. One of the tracks was by a Swiss artist called Mario Sforza, there was a singer saying something about another guy called Coyuco. I was 15 and liked the name, and at that time everybody was on messenger, my tag name was Coyuco, then my friends and everybody started to call me Coyu. I felt that DJing could be my hobby and that tag name could be my artist name and my normal name Ivan Ramos I would keep for my music journalism work.

Mike: Can you tell us a bit then about your label then, Suara? It means sound I’m assuming, yeah?

Coyu: Suara means sound in Indonesian; but, the funny thing is that I realised that Suara means sound four/five years after we thought of it. We named Suara, the name of the label because I wanted a Catalan name because I’m from Catalonia, Barcelona. So I Googled Catalan words that are not used anymore, I found it and I liked it. I like how it sounds. It sounds sexy, like a female name.

Mike: Okay. And can you tell us about what you’re currently doing; what’s your plans for the rest of the year?

Coyu: Well now I’m pretty focused on my debut album that’s getting released on September 23 – “You Don’t Know”, on Suara. That’s the main thing and last-minute details on the artwork, and the video clip! I also recently finished a remix for Green Velvet that’s been received well. But yeah, the album is the main thing.

Artists & DJs Are Uniting In A Grassroots Campaign