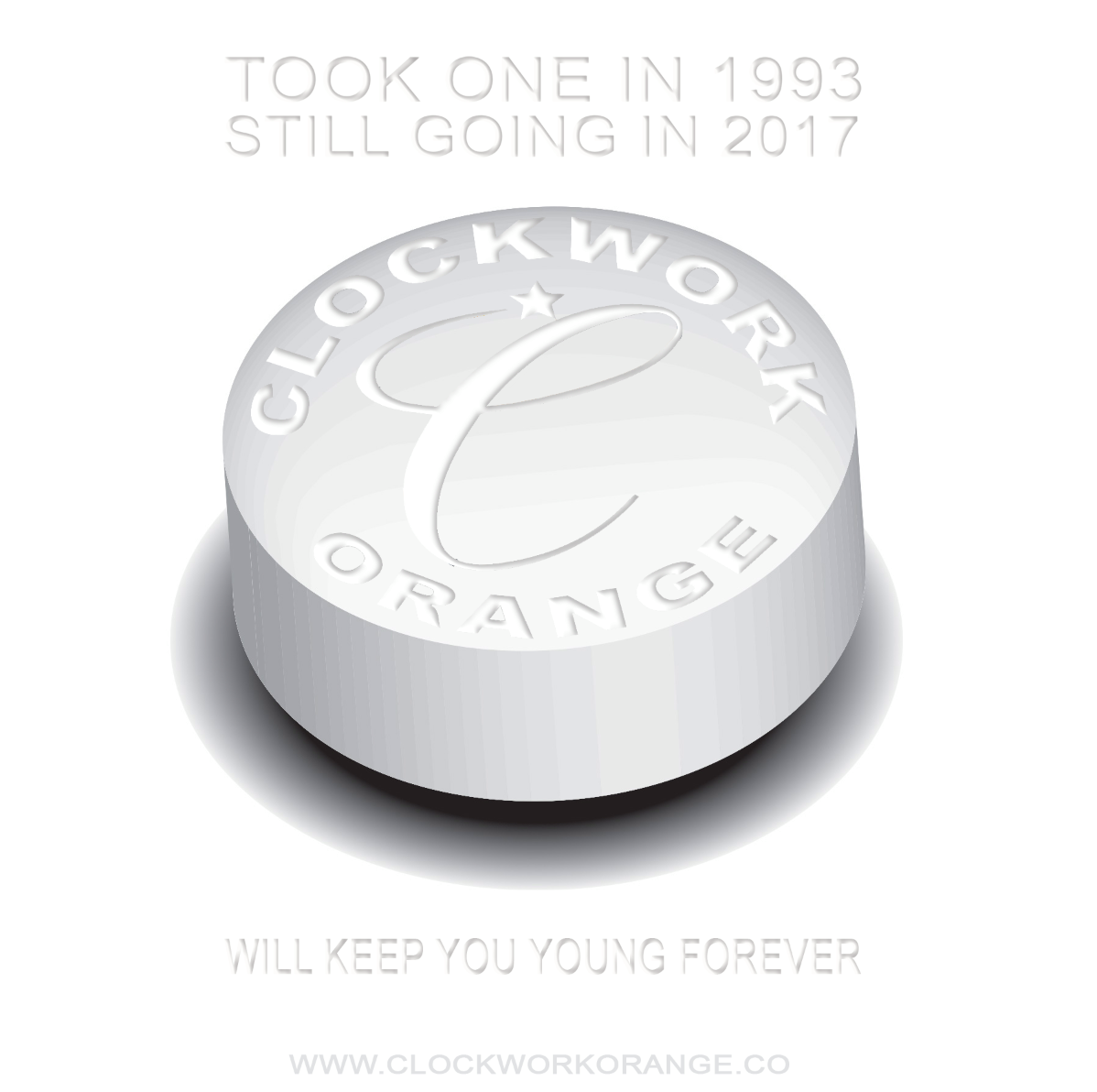 Clockwork was once synonymous with the decadence and hedonism of the Balearic white Isle in the 1990s, and was one of the first UK party brands to inhabit and literally takeover clubbing on any given summer season, importing thousands of would be revellers to descend on what would become the dance capital of the world. Ibiza, a haven for the very best dance music, nonstop parties/shagging, sunshine and excess. This was an era where the promoter was bigger than the DJ’s they hired, we caught up with one of Clockworks creators/founders the infamous Danny Gould who was voted the 3rd maddest caner in Ibiza after Brandon block and Alex P.

Today, Danny leads a slightly more tranquil life without the excessive excess, no more booze or drugs… probably cause HES DONE EM ALL…. He’s a larger than life character who broke the mould, I caught up with him to have a few words in A12 Audio Studios before his gig at the History Of House in Dublin…

Mike Mannix: Danny, massive pleasure nice one how’d did it all kick off for you before Clockwork?

Danny Gould: Oi alright Mike, let’s do this, in them days we used to go to the parties in London in Romford ‘Naked Lunch’ with Darren Emerson and the Gas club in 1991 and we were out all the time and then I discovered the ‘love doves’! Off I went to Ibiza pocket full of doves, asked Andy my business partner, ‘will we do a party’? The first party we did was January 31st 1993 with Darren Emerson playing with to 700 people, and that was in a recession.

MM: What inspired the name?

DG: Everybody back then had the names of the parties and the biggest thing was Naked Lunch we we’re trying to look for a different name the first name was Baby love cos we wanted to get all the birds there ha ha ha it’s all about getting the birds then. So we all went walking around London in movie memorabilia shops there was four of us then and then one of us picked up this picture with a man and his false teeth in a glass from the film Clockwork Orange, it’s an incredible image that’s what inspired the name, not the rape or the violence of the film haha. Its 25 years old now Clockwork Orange and I’m now 15 years sober so that’s saying something, everybody remembers me as a crazy lunatic taking e and causing trouble!

MM: So do you remember the 90’s then or is it all a blur like when you were off your head?

DG: I can remember August the 5th 1998 with Jeremy Healy in Es Paradis with three and a half thousand people the capacity was 2000 it was madness, it was crazy everybody was on everybody’s shoulders cos they couldn’t get high enough haha I remember all that! Sometimes we went to the villa and got on a massive session for a couple of days and missed some of the Clorkwork parties, we spent thousands on the parties in Ibiza 1000’s on club decor and then we’d throw it all away afterwards because we couldn’t be bothered to go back to clean it up because we’d B2 off our heads and all over the place.

And, now I’m clean I remember everything not like the early clockwork parties where I’ve been eating and snorting everything that was given to me, ‘oi Danny do you want another pill’, ‘I’d be like yeah mate give it us’, and then I’m over the edge and trying to drink as much as I can to try and get back to normality and that brought you off in a whole different direction I was mental.

I don’t miss all the wanking all night hahaha

(like a scene out of human traffic) and I’m an outgoing person I’ll talk to anybody, my head told me I wanted the line of coke and as soon as I took it it’s stripped me and all I wanted to do was hide I couldn’t talk to people it’s fucked up, I spent thousands on the stuff on a good night with a new suit, and if I went out with 500 quid in my pocket I thought I was a beggar thought I was skint, I thought I was poor like a tramp that’s how so fucked up it was for me in the 90s, sometimes I wouldn’t have any money then I get a grand and I’ll spend it all on coke.

The pinnacle of clockwork for me was 1998 and was on a sliding scale until I left in 2001 as everything started to get too expensive, clubs are asking for more money the DJs fees went through the roof with hungry agents wanting more money I just lost my appetite for it. We had The Chemical Brothers gig sold out New Year’s Eve still lost 40 grand so I was like fuck it I’ve had enough but yet I still went out and partied like I was still getting paid tons of money.

So I came back from Ibiza 2003 said that’s it I wasn’t doing it anymore and then people were like yeah whatever and then I just ended up having one last night of crazy taking everything eating everything and then the next morning when I woke up it felt like my head was like a watermelon I was crazy and that was it I just finished it stopped right there and then. I’m very lucky I’ve been clean ever since and I have to say

I know I’m fucking lucky I haven’t looked back since.

DG: Hahaha yeah man, lots of new parties with our summer seasons coming up the kid in me and the buzz for parties is still there and today we are taking it bigger and better we’ve had Roger Sanchez, Tall Paul, Seb Fontaine, Kenny dope, Dave Morales, Norman Jay, Brandon Block, Alex P, Jeremy Healy and this summer we got the likes of Todd Terry, Jon Pleased Wimmen,  when we put up a party on Facebook it gets a 1000 likes in one night and I get a great buzz off that but then my computer crashes it can’t handle the buzz ahah.

MM: Nice one man, see you in the summer