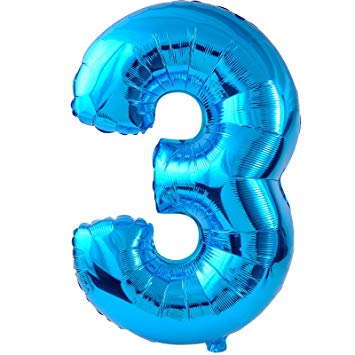 ﻿Blue Amazon – Lee Softley is a name that has been associated with quality for a number of years and considered a great contributor to electronic music. His production works have included the progressive club classic – No Other Love, The Javelin album – remixes for the likes of Sasha, Skunk Anansie, New Order through to artists such as Madonna.

Underground club collaborations with Alex Flatner and Robert Owens on Kling Klong Records, tracks with Disscut from Germany, Louie Le Fink and of course Zak Gee with their interpretations series and more.

As a DJ he has also been very proactive over the years whilst outputting his own creative style of mixing, producing a DJ style that cleverly merges Progressive, Techno and House elements in a unique way. He’s featured on many dates world-wide including dates in Germany – Tours in India – USA – Mexico – Australia – Europe and he’s currently resident at Joy Techno sessions Leeds with guests such as Joey Beltram, Cj Bolland and Dave Angel.

He consistently seems to be working on new projects, we caught up with Lee to find out more and what developing with his new 3 project with Zak Gee that boasts free public downloads before commercial release.

Mike Mannix: First up we have seen the first output of the new 3 project on social media, can you please tell us more about the concept and what it’s about?

Lee: Softley: Nice one Mike, well myself and Zak have been working together for a bit of time now and we wanted to do something different in the way we release music as much as the way it sounds I guess, like a lot of others we get bombarded with Beatport links – DJ charts etc that are essentially saying buy my release and help it chart etc. – its part and parcel of social media and music releases but has also become quite tiring and uninspiring to be involved in that process.

Don’t get me wrong I am not knocking labels/artists who promote releases this way and I have done it myself many times, however. We want to get away from that process and write, share music for people to hear, enjoy from music perspective first and that’s the main focus. We aren’t asking people for anything, well other than to lend their ears if they want to have a listen.

It’s kind of just going back to the old school way of thinking and making music for buzz value whilst not caring about the label sound, brand – stores – charting and genre etc. Even within this short period of time, it’s already become very liberating and inspiring.

MM: Some might say that giving it away for free before commercial release is devaluing it in a way?

LS: Errm, no I don’t think so. Not everyone will download it before it goes to the stores and we can only do so much in terms of hosting free downloads. For example, we can’t personally host streaming effectively and people don’t always want physical downloads with such as Spotify and apple music. Therefore, it will go on all the stores as an optional preference or available for those who like it that way.

If you are asking if I think it will affect download sales and store charting, well maybe it will but that’s not so important to us and its not the reason behind us releasing music.

MM: You mention that 3 will be a music series rather than a one-off, but to what degree? Would you even release an album this way?

LS: Well at present, we are working on other tracks to add to the 3 series, so there will be a good number of single tracks released this way. We aren’t setting a limit or working to a specific guideline, as I’ve already  mentioned, it has become inspiring doing it this way. Receiving direct reactions from people showing their appreciation of us being prepared to do it this way makes it easy for them – so it’s this that will continue to drive it forward.

In regards to releasing an album this way? Yes why not if it is encouraged and inspiring we can do it.

MM: Is there a specific sound you are working towards for the series?

LS: Not really, just cool underground electronic music with an edge. The one thing about breaking away from the current methods of outputting music etc is that it takes away a few boundaries and you can focus more on the sound without worrying about if it fits with a label model.Again

MM: For those who like streaming etc when will it be available?

LS: It’s available on all commercial stores from the 19th of July via A Rec, but of course, you can grab it for free right now –