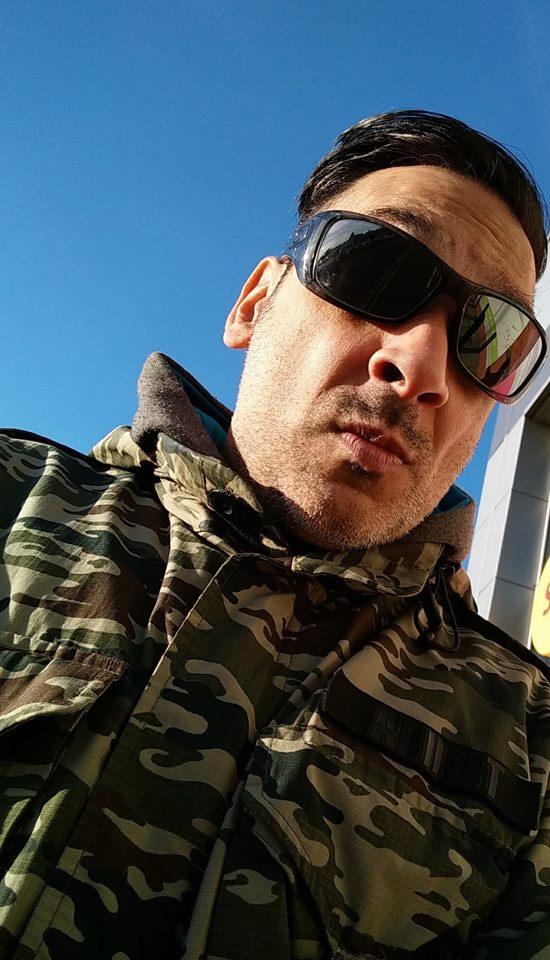 Mike Mannix: Nice one Paul Panik aka ’BinaryFunction’ a DJ/Producer born and reared in Manchester’s Hip Hop and then the Acid house boom, tell us about the journey.

I feel fortunate to have experienced the Manchester Acid house era

during my late teenage years. I used to hang around with older peers who had started to frequent an underground club called the “Thunderdome” in Newton Heath. It wasn’t long before I would be invited to come along to one of these nights. I was hooked from the first few minutes of entering the club. Dark, sweaty and shady as f&%k, classic tracks such as Liaisons D Future FJP, 808 State’s Pacific State and Rhythm Device’s Acid Rock would drive the whole crowd in to techno fuelled frenzies.

I became a regular ‘Dome goer and

Other clubs started to emerge such as the Sound Garden, Man o Live, Konspiracy and the Hacienda. It was during these times that I became heavily influenced by the edgy sound of techno. By this time I had already learnt to DJ DMC style, scratching and beat juggling classic hip hop breaks, and after experiencing legends such as Carl Cox, Joey Beltram, Richie Hawtin, Jeff Mills and Sven Vath to name just a few, the transition in to club DJing was the next natural progression for me.

Having some of the UK’s finest vinyl shops in Manchester helped greatly and I became a regular customer at the amazing Eastern Bloc records, Vinyl Exchange and Fat City Records. 35 years on and I remain personal friends with most of the owners/staff.

MM: Originally Hip Hop had a message a pre-internet social narrative, that gave the working class a platform to voice their concerns and angst regarding the system, and was a massive influence on many of your contemporaries in Manc’ at the time. How do you feel this background enabled you to push forward in your career and life and how do you feel about what the Hip Hop scene has become?

BF: Well, you’re asking a guy that was completely immersed in the Hip Hop scene right from the very beginning, I lived for the Hip Hop cause, I loved every single thing about it.

The breaking, the scratching, the breaks, the flows, the language and something that played a huge part of my growing up, the graffiti

Yes, I was a complete vandal of the tagging kind, I wasn’t very good at piecing at all but I loved tagging, and still do, ssshhhh! For me there is absolutely no comparison to what the Hip Hop scene has become. Hip Hop in my opinion has changed so much over the years to the point where I’ve lost the connection with it all. However, there are some amazingly good Hip Hop DJ’s here in Manchester, like really really good, shout out to GKUTSISFRESH…

I would love to work with all of the above names but if I had to choose I think it would be Maceo Plex , Mathew Jonson, Sebastian Mullaert and Silent Servant. For me these are the artists really pushing the boundaries and constantly taking electronic music to new heights and dimensions.

MM: Tell us about the ‘USER’ EP released on Bade Records in 2017 and the inspiration and process for producing it.

BF: I’m a big big acid head, wink wink, the USER EP came about over the course of about a year after finally becoming satisfied with how my virtual acid synth sounded. I hooked a breakbeat up and started drawing in some 303 bassline sequences. The track ACKF1N started to come together nicely after about 2 months of chopping and changing. I did a onetime take and rendered the track as finished. Satisfied with my new acid sound I set about writing another track C0NTR0L.

The original contained no acid basslines, but I just couldn’t help myself, I started drawing in one note, then another, and another, and eventually I had this little acid sequence that I felt sat quite nicely with the track.

The third track on the EP, C0NFIGERR0R was written several months later after taking a short break from the studio. I have a wife and 4 daughters, it drives them mad when I’m working on new material, so I try to limit my time. My studio is in the dining room!

MM: Now with the advent of sync buttons, constructions kits and templates are today’s electronic DJ’s / Producers at a disadvantage or advantage?

BF: Did you say sync button? What’s one of them?  On a serious note, I don’t think today’s DJs/Producers are neither at a disadvantage or an advantage, it all depends on the individual.

MM: What advice would you give the aspiring DJ today/Producers on how to be creatively original in an already saturated market?

BF: Always be yourself, love what you do, be open-minded, never ever give up, and try to listen to as many genres of music as possible. I’ve been at it for 35yrs, persistence is the key.

MM: How is the UK underground scene today progressing and where do you see it evolving?

BF: Technology and social media is playing a huge part in this industry, I see live streaming becoming even bigger than it already is. Pay per view artist streaming sites possibly….

Why these, because they are all amazing.

MM: What are your biggest stand-out festival/gig moments?

BF: Warming up for Laurent Garnier on Reunion Island – Indian Ocean. Maceo Plex – ParkLife first time I got to actually I meet Eric in person, he went the extra mile and took me and my wife up on to the stage, I was totally star struck.

MM: Since your debut USER EP in 2017 tell us about the phenomenal suoport you’ve recieved plus all the latest tracks you’ve produced, it’s been a busy year for you in the studio ?

BF: Things have come along really well since my ‘USER’ EP was released last year on Bade records. Some of the main highlights included Maceo Plex dropping an unreleased track of mine, PROTOCOL6 to a packed out crowd at the MINT Warehouse in Leeds, and again the following week in my hometown of Manchester at The Warehouse Project.

Manchester is where I was born and bred, and so the WHP night was a very proud moment for me, and to hear my track being played to a great crowd by one of my icons was simply indescribable

I even brought my eldest daughter along for the first time and she was boogying away to her dad’s track during the event.

Just as I thought things couldn’t possibly get any better, the following month I signed a 2 track EP to the mighty Audiophile Deep over in the US which is due for release this March, just in time for the Miami WMC. I have a few other exciting projects in the pipeline for 2018 including a vinyl release forthcoming on Compatible Music with my mate Sebastian Markiewicz, can’t wait for that to drop.

But perhaps the most exciting news so far is a recent booking I’ve secured with the launch of Unpacked Events in Antze Münze Berlin where I will play a full on all vinyl techno set over the Easter weekend.

Unpacked Events is run by Motoe Haus, an artist familiar to Iconic Underground given he was featured in the magazine back in 2016. Motoe Haus, real name Nathan has had me in his sites since we connected back in November when he too signed a track to Audiophile Deep. I continued to network with Nathan and in January this year I was invited as a guest on his weekly VITAMINS show which is hosted on Ibiza Live Radio.

Nathan’s a very busy chap and also runs his own record label Haustronaut. I sent him a track which he really liked and eventually signed, so I have another release on this label that went live a week ago, track title Novabells.

So yeah, I’ve been pretty busy since last year, and all this whilst enjoying life with my family as well as working my full time job as a network analyst. I intend to keep busy with my music and hope to deliver some new material throughout 2018.

I remain totally humbled by the huge and continued amount of support, advice and love received by my friends, family and followers, and I would like to say a massive thank you to all involved in making my dream become more and more of a reality.