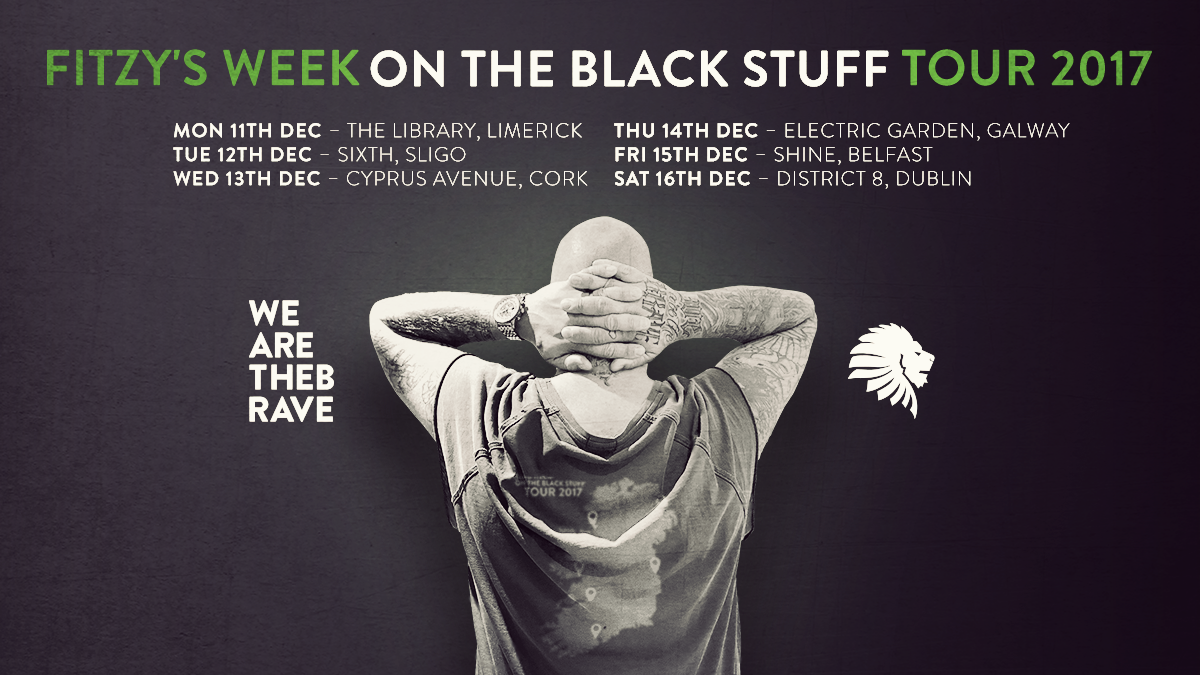 ALAN FITZPATRICK TAKES ON 6 GIGS IN 6 DAYS, WITH HIS “WEEK ON THE BLACK STUFF” IRISH TOUR

Alan Fitzpatrick, label boss of the much loved and successful We Are The Brave, is one of the UK’s standout producers. The Southampton born DJ has always held UK and Ireland close to his heart, from the artists he brings to his label, to the standout debut “House Party” tour he took upon himself earlier this year visiting student houses all over the UK from Glasgow to Liverpool to throw a rave in their living rooms.

“We’re up for a bit of chaos” said Alan’s manger on that last tour, and it looks like they’re back on it, after announcing today they’ll be heading to the land of luck, and leprechauns for his “Black Stuff” We Are The Brave Irish tour.

Kicking off on the 11th December, there is no denying it’s gonna be a non-stop, action packed, techno fueled 6 gigs in 6 days, starting out in Limerick and finishing in the party capital of Dublin.

Fancy winning a limited edition Week On The Black Stuff tour t-shirt? Head over to Alan’s Facebook page for more info on a chance to win this exclusive merchandise.