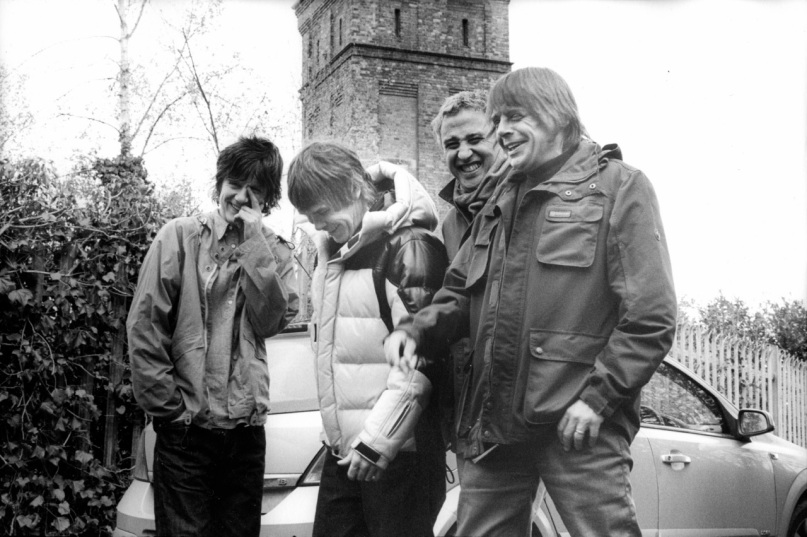 After waiting two decades for new music from Manchester’s Stone Roses before May’s release of All For One, we now have a second new single in less than a month after another song, Beautiful Thing, had a surprise release at midnight last Thursday. While the release of All For One had a fairly mixed reaction once the fans euphoria at finally hearing new music had died down, with most of the criticism aimed at the nursery rhyme sing-along lyrics, I said at the time that it felt like it was a teaser that hinted there’d be better to come before the Summer gigs and it’s likely people will be a lot happier with the groove led Beautiful Thing.

While the previous single had a real Britpop vibe to it, the latest release takes it’s lead from the period between the band’s two albums and gives an indication of where the band might have gone following the releases of Fools Gold and One Love in 89/90 had they not got bogged down in the court cases which led to the five year gap between their albums and their ultimate split.  Beautiful Thing has a solid shuffling groove throughout with Mani’s bass blending into Reni’s breakbeat while John Squire feeds his guitar through a wah wah pedal that takes the sound back to the early 90’s.  Ian Brown’s lyrics here are much improved with the sort of messianic/religious references he’s famous for present (it opens with “There was no crucifixion. Just lies to steal your mind”) and there’s clearly an influence from Brown’s solo stuff present after All For One had John Squire’s fingerprints all over it. And while the song may still fall short of the highs of their Silvertone years, it’s clearly a step forward and continues to whet the appetite for a potential third album.  It’s available to listen to below and for any vinyl junkies a limited run of 5,000 12″s will be pressed in July and are available to pre order at http://www.thestoneroses.org/.