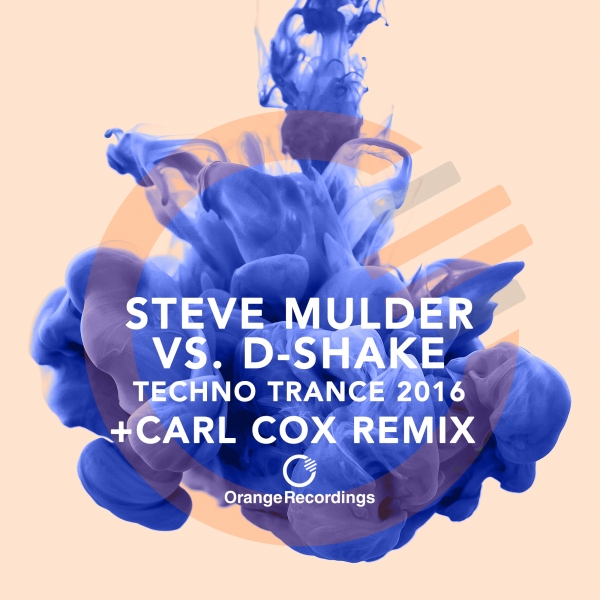 Rating 10/10
Orange Recordings are one of the best techno labels around at the
moment, and I receive nothing but top quality promos from
Steve’s label. However, I was still super excited when this hit my
inbox! Steve Mulder & D-Shake put together a full on atmospheric
original with enough punch to knockout any dance floor. But that is
not all, on remix duties this time around is none other than the master “Carl Cox”,
as you can guess anything with Carl’s name on it is top drawer. The elements are
there from the original but the more purposeful synth has you chugging along in
your own world.

i would recommend you get yourself over to Beatport and pick up this excellent release.

“The 31st release from Orange Recordings is really something special. Label boss Steve Mulder cooperated with techno legend D-Shake to make a 2016 version of one of techno’s all time greatest classics ‘Techno Trance’. After being road tested by the worlds greatest DJ of all time – Carl Cox, the master himself decided he wanted to do a remix for this release!! We at Orange Recordings feel truly blessed that Carl decided to do this and look forward hearing these tracks around the world!!”