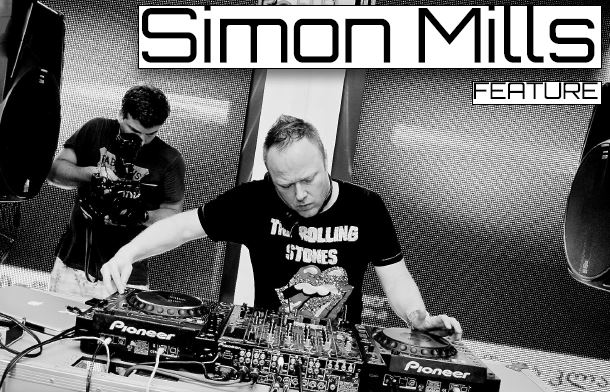 Simons Mills has had many monikers throughout his successful career, but the 2 he’s best known for are ‘Bent’ (Band he was in with Niall) and ‘Napoleon’.

He’s had a very colourful career like the way he hears music, vibrant and in full technicolour. He became obsessed with sampling after being introduced to Hip-hop in the 1980s and took it to a whole new level. He figured out anything can be sampled and layered to create a texture with enough time and patience, just like his life is. He’s chilled soft spoken and laid back and when I finally caught up with the very busy artist he had lots to say.

Mike Mannix: Simon, an absolute pleasure mate to finally get this nailed down, you’re a busy guy>

Simon Mills: Haha I know man thanks for your patience, I’ve been snowed under getting out the new album, which was released recently I’m happy to say.

MM: All good man we will discuss the album in a bit, so let’s kick it off then with background on your life, how’d it all start then?

SM: When I was growing up my dad was into loads of rock and my mum was just into everything, so I was brought up with a really good mix of music. After my parents bought me a small keyboard I started to copy jingles off the radio I just seemed to have a natural ear. And found it easy to navigate the keyboard and copying chord progressions from bands or whatever else I was listening to on the radio, but I couldn’t read music.

My music class in school wasn’t much good the teacher would just put you down in front of the keyboard and say ‘write a piece of music’ but really at that time I wasn’t really into music as such. Its really only when I was growing up in the 80s I was hanging around with a lot of lads that were older than me and were really into hip-hop and graffiti, I got introduced to sampling and got to really like the hip-hop sound.  I eventually understood the tracks were heavily sampled from all sorts of music from the 60’s 70’s soul, disco etc that really interested me how they built nearly entire tracks based on samples. But the funny thing was

from listening and really studying the hip-hop tracks I learnt where the hip-hop artist had gotten the samples from,

so I ended up getting into loads of different bands from the 60s and the 50s and and the 70s because of those samples When I left school I got a Commodore Amiga which had a little sampler option on the end of it all 1 meg of it, haha and I got absolutely obsessed and sampling bits and bobs.

Around that time as well dance music had really kind of kicked off and I really was attracted to it because I understood that dance music had loads of hip-hop samples in it. This was more my cup of tea to create tracks like that as opposed to a structured set up reading music that didn’t interest me but sampling did and I fucking loved it.

I went back to college for a bit to do an art degree and eventually dropped out as more interested in making music and I’d met Niall who I formed the band ‘Bent’ with, he was really into his music like me. We both actually ended up getting a job with a sample company called Time and Space we were creating sample CDs for about 2-3 years until I got sick of it and I decided that I wanted to make my own music cos I was sick of making Loops for other people. Eventually we ended up moving in together as mates and started to make music and as they say, the rest is history and that’s how ‘Bent’ started off.

MM: Then success EMI and Ministry of Sound came calling, was that your goal to become that or did it just happen with a band name like bent?

SM: I suppose deep down I always wanted to be successful and put everything I had into literally. I bought loads of kit when I’d moved in with Niall and loads of ‘Daft’ {Quirky Obscure) records from charity shops and the maddest sounds we could find, it was kind of a bit of an obsession, to be honest, Then

we started sampling those records and Niall used to say that the records that I bought were so ‘bent’ and actually that’s how the name came up for the band haha.

That journey was difficult man because for years we were living off each other’s dole money and fresh air because when any money came in like a student loan I’d spend it all on a sampler or anything else to do with music it was an obsession.

MM: So once you’d got the support from the labels did they allow you to free reign?

SM: Yeah basically they did Mike, for example with Ministry of Sound just said ‘you can set up your own imprint and work with your own sound and you can basically do whatever you want’, which was a bit of a dream and we were one of the first artists on Ministrys label.

SM:  Yeah totally and we still do today. We stopped writing as the band bent in 2007 after numerous albums, we kinda just needed to do something different our own thing but it wasn’t like we’re never going to do any work together ever again it wasn’t like that at all. We spoke about doing another EP when we get the chance but we are so busy he’s in London I’m in Ireland.

I’ve actually been on a quest with my own stuff and kinda wanted to bring it back to the start of what bent started out as I’m really getting back into the sample side of music.

MM: And that inspired you to produce the latest album ‘Harmonic Jigsaw?

SM: Yeah I really just wanted to go back to the start and have my own imprint.

MM: How long did the album Take and what were the challenges that you faced?

SM: It took about three years in total on and off because I was doing other bits and bobs and had been DJing away for a good bit in Ibiza but those experiences really influenced me as well on that album with the whole Balearic thing. The challenge wasn’t really about writing the music it was about getting people to hear the music because I’m supercritical of what I produce as I’m always swapping and changing and even though there were 15 tracks on the album I’d written over 30, so some tough choices to make. I had hoped to work again with Zoe Johnson who sang on the first ‘bent’ album but she had a lot of other commitments workwise but the upshot of that was and it pushed me to write music more with a certain style that I might have done. Eventually, I got to work with a guy called Joel Hood and we just hit it off as he’s got such a wide variety and taste and he’s got a really soft vocal and great writing skills.

MM: How do you feel about the album personally?

, SM: I’m really happy with the album if I like something I know it’s good because I’ve made so much shit it’s over the years so when I do like something I like it and I think it’s alright to like your own music.

MM: Tell us about your other famous Monika you had called Napoleon?

SM:  My manager had said ‘why don’t you release stuff that hasn’t a daft name then he said well you’re a little guy you’re a small guy so you should be a Napoleon cos he was small’, and I just laughed at him but I thought actually I like that because it’s weird and daft. I did a lot of work as Napoleon a ridiculous amount was really really busy touring, but then when you start seeing other artists with the same name Napoleon popping up, I was kinda going right I need to come up with an even made name than them. I really enjoyed the journey as it was really different from bent.

MM: Any last words for anyone thinking off doing what you’ve done?

SM:  Simple, just stick at it and don’t copy others because there’s nothing more rewarding than coming up with a piece of original music and people liking the music because you’re wearing your heart on your sleeve.

MM: So what you doing at the moment what’s the plans for the rest of the year?

SM: I’m actually working with a company called mash Machines am I making this kind of interactive tabletop which is really cool that allows the audience to interact with it in real time and loads of other projects and EP’, pretty pretty busy for the rest of the year man.