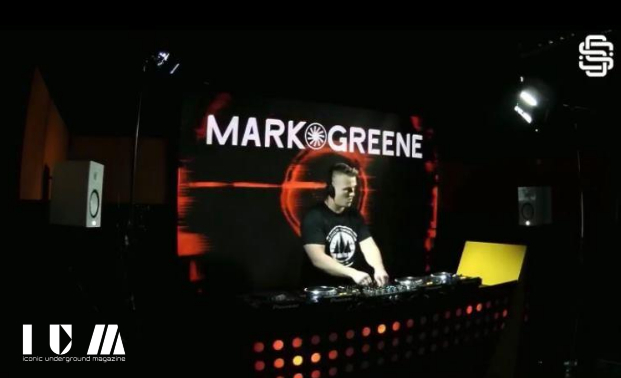 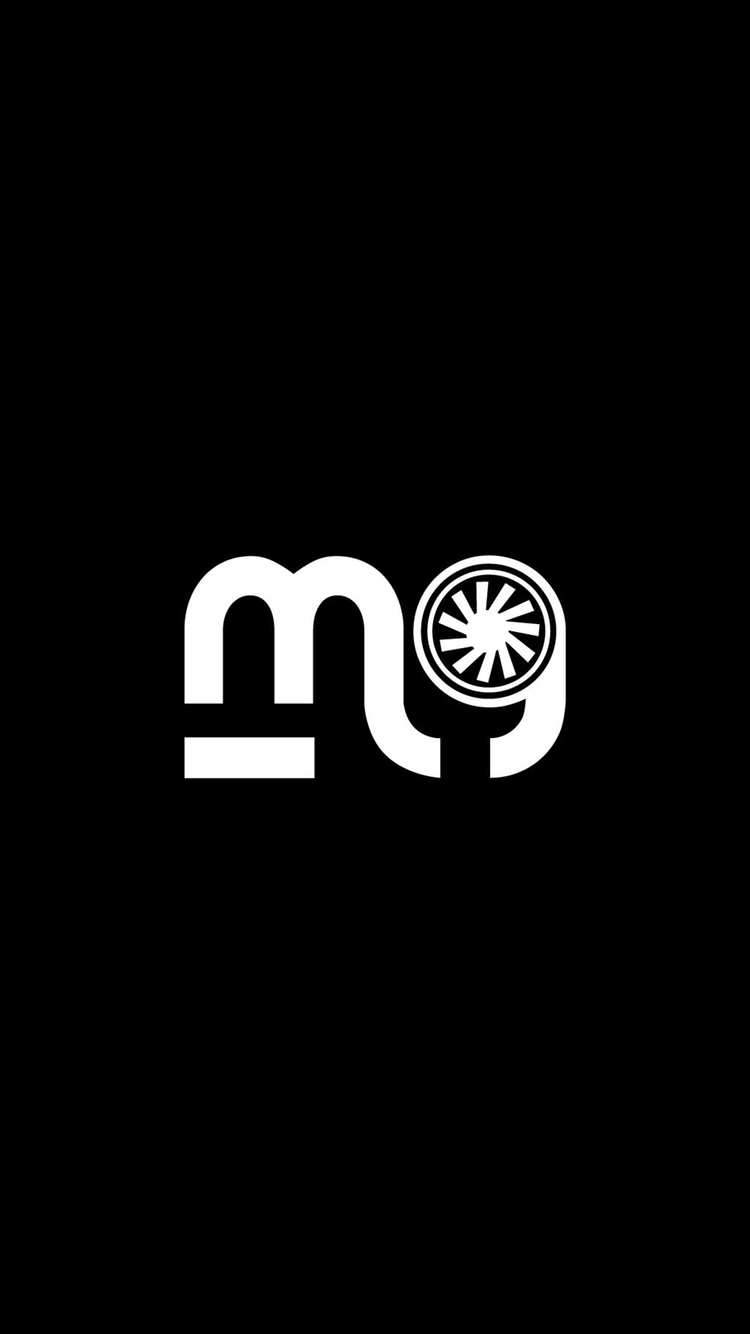 Mark Greene is a Techno Producer from Dunboyne County Meath Ireland who is rising through the ranks as a stand out Techno artist making waves for the future scene. Mike our Editor caught up with him at the wicked Secret Society Studios in Dublin for a few bevvies and natter..

Mike Mannix: Great to catch up with you in the Secret Society Studios in Dublin man, so fill us in a bit about how you got started and your musical influences etc growing up.

Mark Greene: Nice one Mike, I actually started out in the Trance scene and then moved onto Techno. My first ever experience of Techno when I was 16 was at Planet Love watching Dave Clarke which was amazing. I’ve seen Richie Hawtin and Matador at Tripod in Dublin and various others, then fast forward to Amsterdam Dance Event ADE and I saw The Advent & Industrialyzer  and I was hooked seriously,

MM: You have a bit of background in music anyway don’t you?

MG: Yeah used to play the drums and I still do a little bit today. I would have been fairly heavy into the drums back in the day with Rock and Hip-Hop I was just fascinated with the drum sound and I still am, which has absolutely helped me in my production of Techno today. 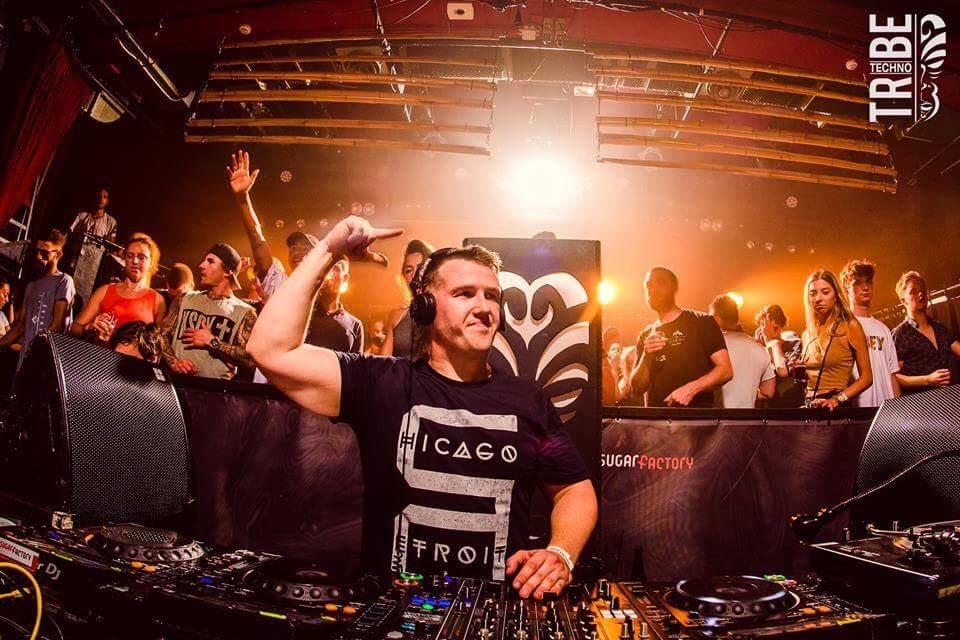 MM: When did you start on the decks and the mixing process?

MG: I got into mixing when myself and two friends started running a club night in Dunshaughlin County Meath called the Vortex I was only 17 then and those events went from just 20 people to over 1000 people with my two mates DJing Techno and Trance. After running a few gigs I wanted to learn how to DJ and my first ever gig actually was in the Turks Head in Dublin. I got various gig openers and that for a while as I cut my teeth and then 7/8 years ago when I started producing and more gigs came because of my productions. Eventually, I was able to buy 2 CDJ Pioneer 900s and a DJM 700 mixer which I still have to this day in my home studio. 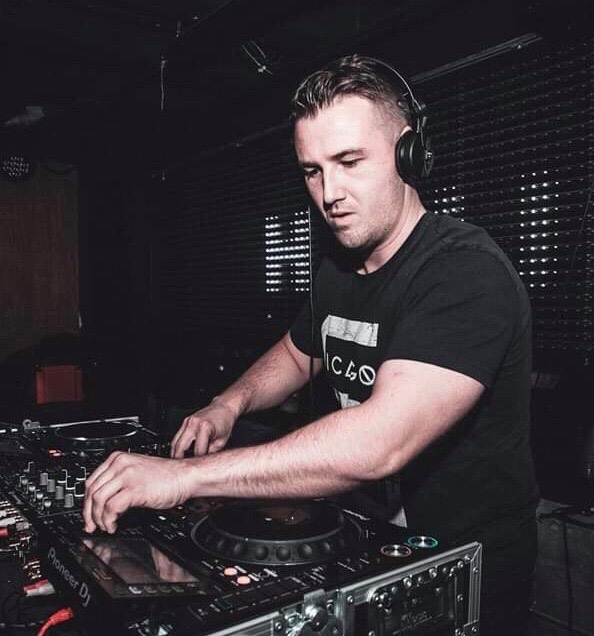 I have a nice set up at home, when I finish producing a track I can just turn around and mix it into a set to see if it works.  I am trying at the moment to move to completely live stuff so then all my shows will be live.

if you keep doing the same thing over and over and expecting different results you are going to get stuck, you have to keep updating your skills all the time

MM: Tell us a little bit about your production then?

MG: Production is the main thing for me, I always say I’m a producer rather than a DJ. I started off in Russell Cooley’s studio in Swords (Dublin) called Night Maker using Reason. Then fast forward a few years I progressed to Logic 9 which I found a little bit limited so I started using Ableton as well. I always make sure I can learn as much as I can on each platform before I move over to another one. I eventually got good and quick on those because I cemented the basics so I can turn a track around in a few hours. I’m always trying to keep up to speed with the latest ideas and technology that comes out. I try to watch tutorials every single day to keep ahead of the game as I’m a bit of a geek for all that kind of stuff. For me, education is a must if you want to improve, if you keep doing the same thing over and over and expecting different results you are going to get stuck, you have to keep updating your skills all the time and especially if you’re trying to compete with anybody else that’s focused and all the big acts in the world. 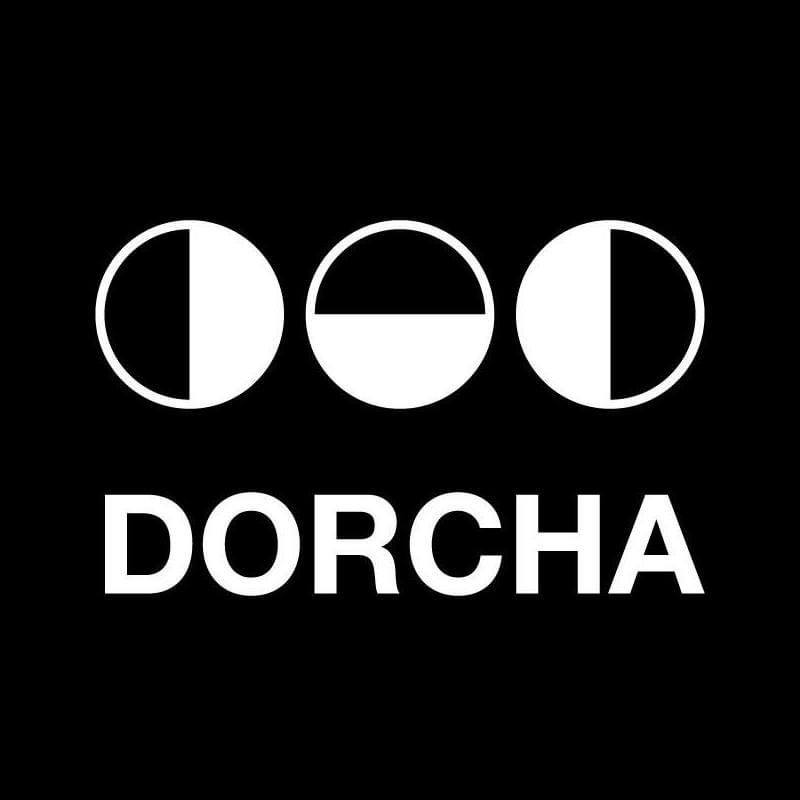 MM: Nice one man tell us about the new label that you’ve got in the pipeline?

MG: I’m really really proud of this man it’s something that I’ve been wanting to do for years but I just didn’t have the balls at the time to push it through. The name of the label is called DORCHA. In the last five years, I’ve been so focused on getting on labels and producing tracks that fit those labels which completely limited me with how hard I really wanted to go on tracks. But now with this label, it’s fuck that let’s see how hard we can go. I posted a few tracks on social media recently and the feedback I was getting was great and that these tracks are ‘very hard’, where my other stuff was 135 BPM and my new stuff varies from 140 to 145 BPM which tips the hat to the old Techno days I’m really excited about it!

MM: How did you hook up with Keith Rosedale at Secret Society Studios in Dublin?

MG: Nothing was planned, man. I called Keith sometime in February just asking for a bit of direction actually and he said ‘come out to the studio we’ll have a chat’, and we just clicked no bullshit we just got on really well. I ended up sending him a couple of mixes and a couple of tracks and when he got back to me he said said ‘right let’s do something together.’ Musically are both very similar in that we don’t care what people think about what we doing we just get on and do what we doing simple as that. 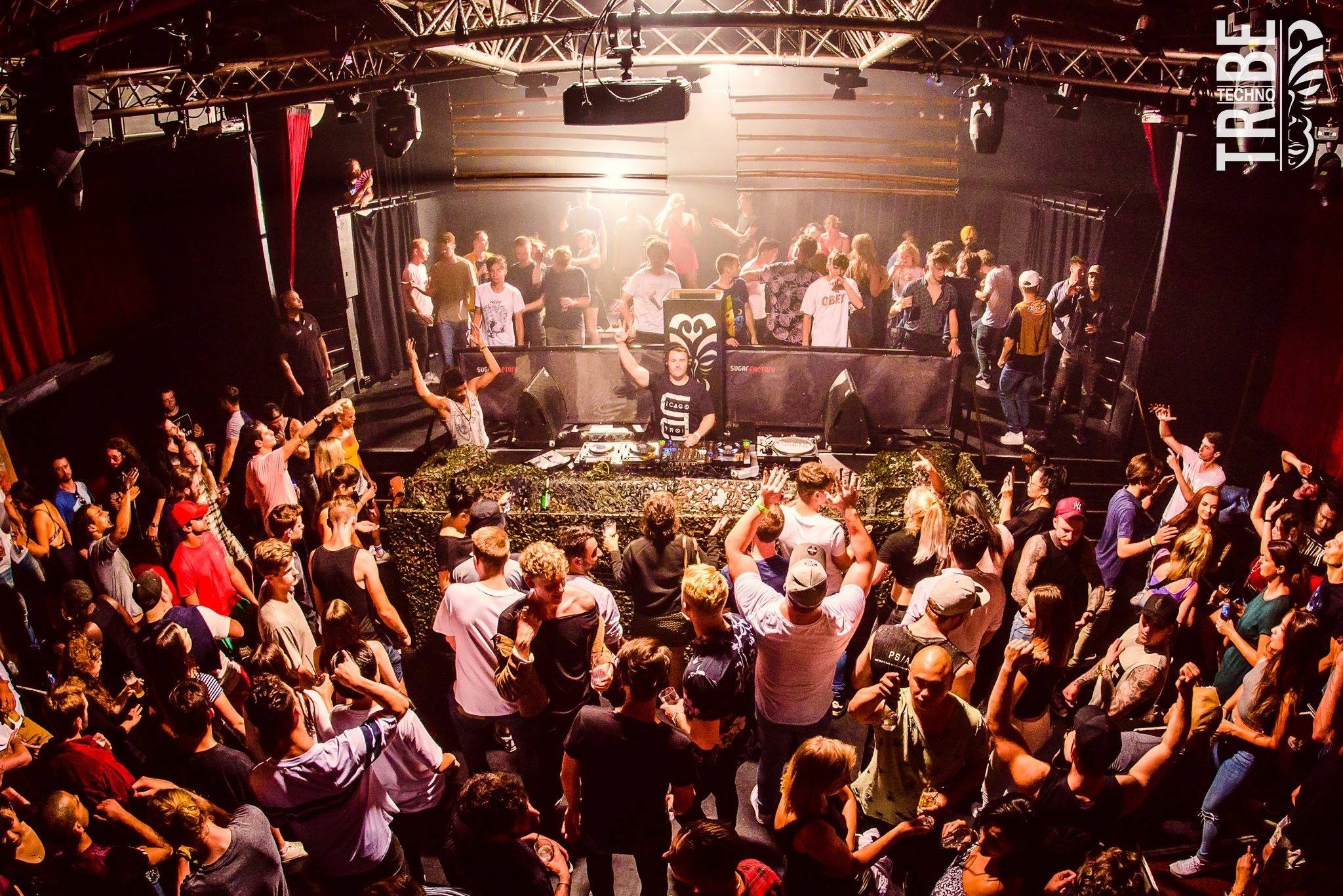 MM: What do you think Secret Society can bring to Dublin that hasn’t been here before?

MG: It can bring back the essence of the underground. At Secret Society everybody’s welcome there’s no bull shit, it’s just all about the music, literally there’s no clique there’s no dress code no nothing pretentious none of that shit. If you wanted to dance all night and have a good time around sound people with no hassle this is the place, if you’re a DJ that’s trying to make it and up-and-coming and you submit in your mixes you got a good chance that you’ll get a gig. It’s all just about the good vibes and you don’t have to suck up to anyone to do it, only just be interested, motivated enough and dedicated to the music.

I know it’s a lot of hard work and I’m used to that, I’ll persist until I get it

MM: What in the pipe line?

MG: Ok yeah, so pushing out some vinyl releases and pushing my production levels through the roof. I really want to be the best that I can be at what I do, and try get to the same level as Matador who has gone out and done what hes done and flown the flag for Ireland. I know it’s a lot of hard work and I’m used to that, I’ll persist until I get it. 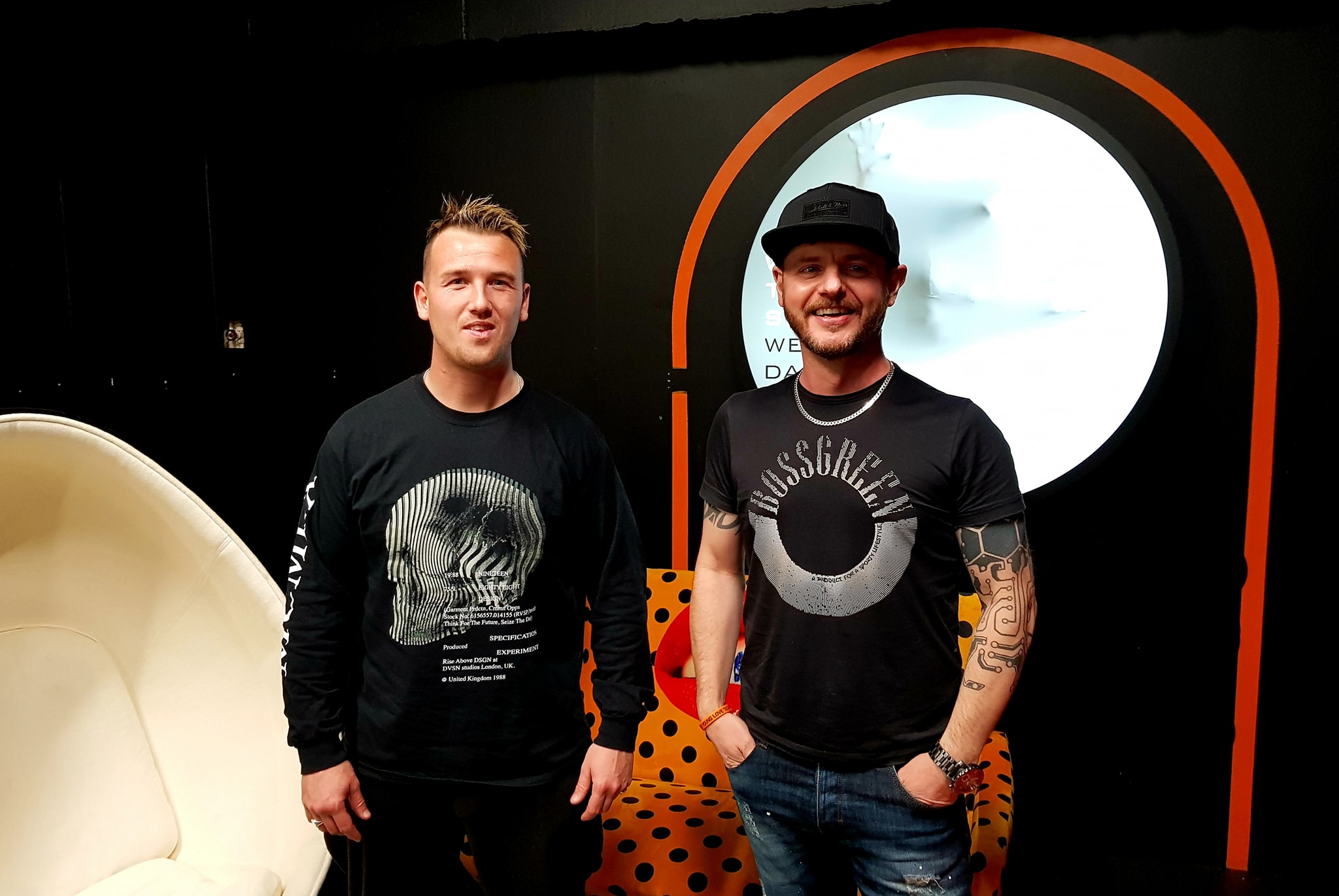 BANDCAMP – IS IT THE WAY FORWARD FOR ARTISTS?