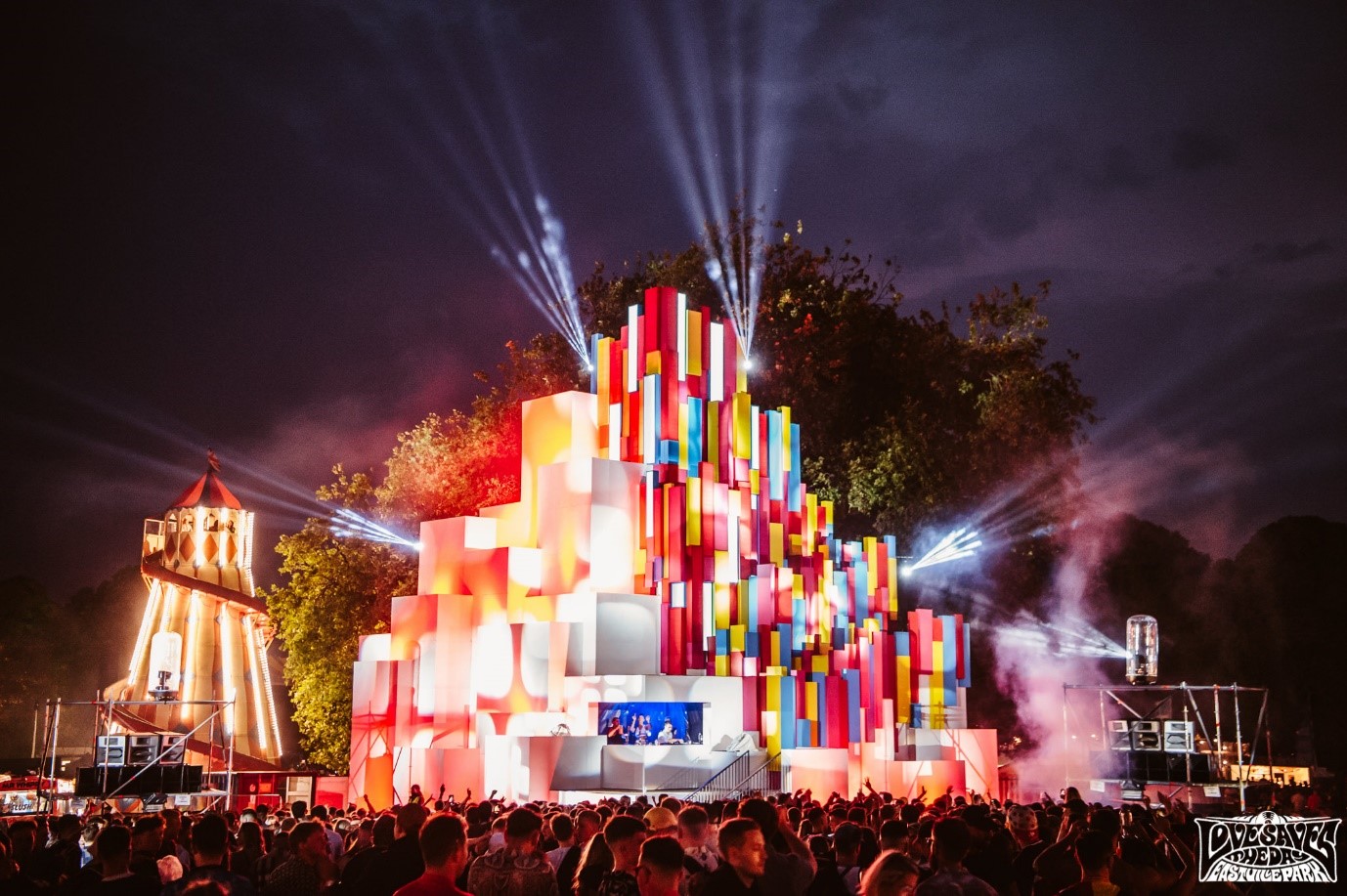 Bristol is a cultural city known for its music and artistry. 2018 will see host its 7th edition of Love Saves the Day, a festival that bases itself around a carnival filled, boutique style weekender with around 5000 UK dance obsessed revellers attending. As a first timer to the festival, I thought it would not only be a great way to start my first year of being a fellow Bristol resident, but also get an essence of what the city’s larger music events are all about.

A hot and humid Saturday early afternoon I arrived and it was jam packed. The guest area knew how to accommodate us as they held a boudoir cocktail area with free drink tokens, plush seating area and a bit of drunken karaoke. The drinks surely went down a treat! The festival had a vast amount of stages hosted by Crack magazine, Futureboogie, Horse Meat Disco, Just Jack and many more. My two favourites of the festival had to be Crack and Futureboogie, it was the type of atmosphere that energised the most introvert of music lovers and sparkled as bright as the disco ball that we express ourselves under. American native DJ Solar was one of the first acts I saw building up the pace of the sound further in the day with some romantic 80’s synth wave blended with some smooth tribal house.

Kicking off after recent crowd favourite Gerd Janson saw a large crowd assemble as he took to the Futureboogie stage. He dug deep into his wide catalogue of music repertoire from disco to UK funky, creating a happy and wholesome vibe.  After an hour of gracing my way through the crowds of people with beer in my blood stream I bumped into Gerd Janson, I complimented him on his set and asked “Where is the next event your playing?” He said “Four more hours to wander the festival, then he will be performing in Birmingham and Leeds.” Bumping into the music journalist, record label owner and artist with such a friendly personality was certainly one of the highlights of the day! On the main stage Bicep were to perform a live set of their new album, this was to come with eye dropping light effects and visuals as they played new tracks such as ‘Aura’ and ‘Glue’.  Final acts to see was an awe stopping performance by Four Tet and an acid/electro infused synergy of madness which was none other than 90’s powerhouse Paranoid London.

Sunday was host to stages from Percolate, Just Jack and Knee Deep In Sound. The fun festivities were amid to commence as glitter fairies and men in kimonos approached the main entrance. For me the front runner electronic music artists all headlined on the Percolate stage. The likes of Idle Hands employee Shanti Celeste, Hessle Audio’s Ben UFO and Joy Orbison were to perform.

Bristol resident and leading female in dance music Shanti played a combination of rare groove and belting Chicago house effortlessly whilst captivating the crowd with some dance moves herself. Ben UFO danced in the background to Shanti’s set subtly marking his presence. Now what was about to hit me was a slow build and dangerous build of one of the most diverse and impressive sets I have ever witnessed. UFO blew everyone away with a sensation of sounds from techno to afrobeat to UK bass. The red and moody visual lighting with the tent condensation and the sound of Ben UFO was an almighty blur, but in the best way possible! It was to compare with in my opinion the best set of the festival, but Joy O having a similar sound carried on the unbeatable vibe.

Throughout the weekend it wasn’t just music that was the soul part of the weekend, but the unexpected mini stages that lurked in every corner that entertained me to death. I can firmly say never in my life have I ever partied in an inflatable church with a resident DJ playing ‘Pump Up the Jam’ whilst a priest ran around with a microphone preaching ‘Praise the lord for giving us dance music’. Other activities included a kiss booth, tattoo studio and a roller rink. The roller rink I stayed well clear from as I didn’t want to end the weekend in A&E! Overall, LSTD was a marvellous gem on Bristol’s crown that always seem to impress and improve every coming year.