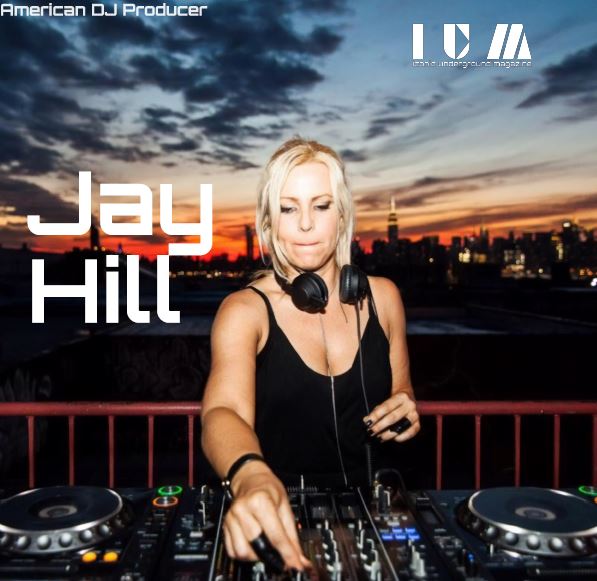 Jay Hill is, undoubtedly, a future star of the ever inventive and evolving underground House and Techno scene. Having packed up her world in 2011 and headed east from her childhood home beside California’s Pacific Ocean, this exceptionally talented DJ/Producer has patiently studied and perfected her chosen art in the Big Apple and is now based in her own studio in Philadelphia. Driven by her innate ability to create and play beautiful, soul rising music, she has never looked back. 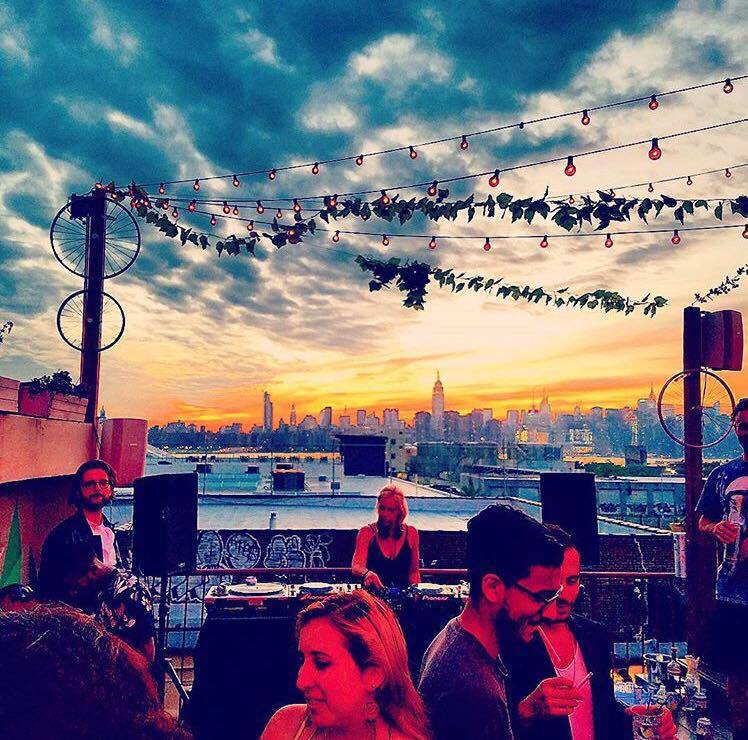 Mike Mannix: When you were growing up, tell us about your initial inspirations? What led you to electronic music and becoming a DJ?

Jay Hill: It’s quite an interesting story actually. I grew up a church kid (my folks worked in the church and my Mom was a women’s leader). I was made to go to Christian school most of my life so, from about 13 to 18 as most kids, I became rebellious. I was a bit of punk goth kid with 1/2 shaved head asymmetrically and snuck into my backpack white face makeup and black lipstick to wear at school – doing all that was forbidden, but it’s what made it so attractive.

At that time for me, it was more about the image than getting drunk or doing drugs or anything. I was still a pretty good kid on the inside but was drawn to the mystique of nightlife culture, the vibe, and the music…. I grew up on the outskirts of LA in a pretty rural part so all us kids wanted to do was to be in Hollywood where everything was happening. Being that in my younger years there was certain music I was forbidden to listen to (because it was satanic) for some reason I was allowed to listen to Depeche Mode — yet not old enough to drive to Hollywood and go to a concert. So one night snuck out with my brother and his friends to a DM show at Universal Studios just because I fucking loved the music so much. I remember even when the Rodney King riots were happening in LA — me and my friends borrowed fake ID’s to go clubbing because we did not have a senior prom due to the riots! So yeah I came up through a pretty influential time and space in music history. . . 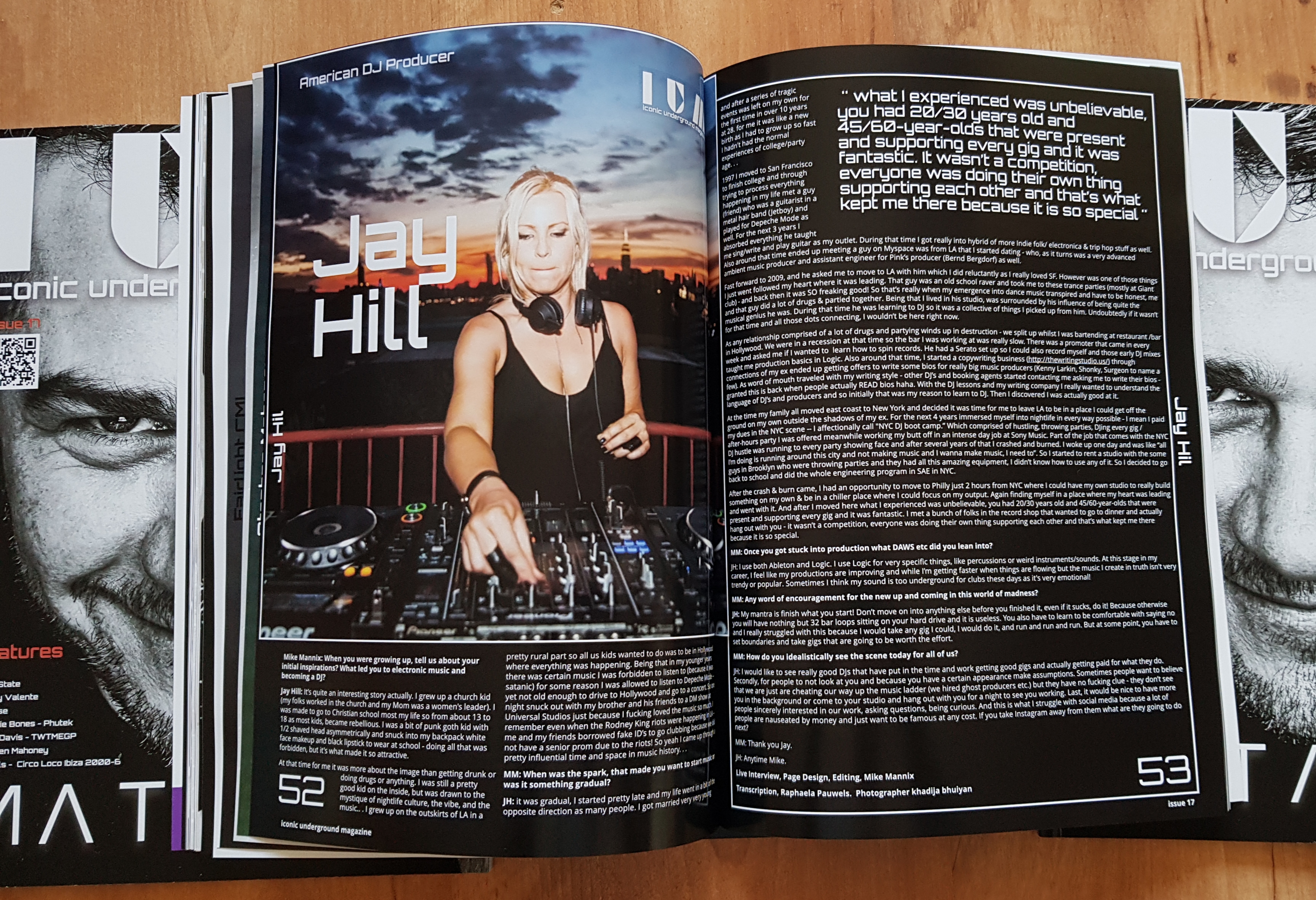 MM: When was the spark, that made you want to start music, was it something gradual?

JH: it was gradual, I started pretty late and my life went in a bit of the opposite direction as many people. I got married very very young and after a series of tragic events was left on my own for the first time in over 10 years at 28. for me it was like a new birth as I had to grow up so fast I hadn’t had the normal experiences of college/party age. . .

1997 I moved to San Francisco to finish college and through trying to process everything happening in my life met a guy (friend) who was a guitarist in a metal hairband (Jetboy) and played for Depeche Mode as well. For the next 3 years, I absorbed everything he taught me to sing/write and play guitar as my outlet. During that time I got really into hybrid of more Indie folk/ electronica & trip-hop stuff as well. Also around that time ended up meeting a guy on Myspace was from LA that I started dating – who, as it turns was a very advanced ambient music producer and assistant engineer for Pink’s producer (Bernd Bergdorf) as well.

Fast forward to 2009, and he asked me to move to LA with him which I did reluctantly as I really loved SF. However, it was one of those things I just went followed my heart where it was leading. That guy was an old school raver and took me to these trance parties (mostly at Giant club) – and back then it was SO freaking good! So that’s really when my emergence into dance music transpired and have to be honest, me and that guy did a lot of drugs & partied together. Being that I lived in his studio, was surrounded by his influence of being quite the musical genius he was. During that time he was learning to DJ so it was a collective of things I picked up from him. Undoubtedly if it wasn’t for that time and all those dots connecting, I wouldn’t be here right now.

As any relationship comprised of a lot of drugs and partying winds up in destruction – we split up whilst I was bartending at restaurant /bar in Hollywood. We were in a recession at that time so the bar I was working at was really slow. There was a promoter that came in every week and asked me if I wanted to learn how to spin records. He had a Serato set up so I could also record myself and those early DJ mixes taught me production basics in Logic. Also around that time, I started a copywriting business (http://thewritingstudio.us/) through connections of my ex ended up getting offers to write some bios for really big music producers (Kenny Larkin, Shonky, Surgeon to name a few). As word of mouth traveled with my writing style – other DJs and booking agents started contacting me asking me to write their bios – granted this is back when people actually READ bios haha. With the DJ lessons and my writing company, I really wanted to understand the language of DJs and producers and so initially that was my reason to learn to DJ. Then I discovered I was actually good at it.

Finish what you start!  Don’t move on into anything else before you finished it, even if it sucks, do it! Because otherwise you will have nothing but 32 bar loops sitting on your hard drive..

At the time my family all moved east coast to New York and decided it was time for me to leave LA to be in a place I could get off the ground on my own outside the shadows of my ex. For the next 4 years immersed myself into nightlife in every way possible – I mean I paid my dues in the NYC scene — I affectionally call “NYC DJ boot camp.” Which comprised of hustling, throwing parties, DJing every gig / after-hours party I was offered meanwhile working my butt off in an intense day job at Sony Music. Part of the job that comes with the NYC DJ hustle was running to every party showing face and after several years of that, I crashed and burned. I woke up one day and was like “all I’m doing is running around this city and not making music and I wanna make music, I need to”. So I started to rent a studio with some guys in Brooklyn who were throwing parties and they had all this amazing equipment, I didn’t know how to use any of it. So I decided to go back to school and did the whole engineering program in SAE in NYC.

After the crash & burn came, I had an opportunity to move to Philly just 2 hours from NYC where I could have my own studio to really build something on my own & be in a chiller place where I could focus on my output. Again finding myself in a place where my heart was leading and went with it. And after I moved here what I experienced was unbelievable, you had 20/30 years old and 45/60-year-olds that were present and supporting every gig, and it was fantastic. I met a bunch of folks in the record shop that wanted to go to dinner and actually hang out with you – it wasn’t a competition, everyone was doing their own thing supporting each other and that’s what kept me there because it is so special.

MM: Once you got stuck into production what DAWS etc did you lean into?

JH: I use both Ableton and Logic. I use Logic for very specific things, like percussion or weird instruments/sounds. At this stage in my career, I feel like my productions are improving, and while I’m getting faster when things are flowing but the music I create in truth isn’t very trendy or popular. Sometimes I think my sound is too underground for clubs these days as it’s very emotional!

MM: Any word of encouragement for the new up and coming in this world of madness?

JH: My mantra is ‘finish what you start!’ Don’t move on into anything else before you finished it, even if it sucks, do it! Because otherwise you will have nothing but 32 bar loops sitting on your hard drive and it is useless. You also have to learn to be comfortable with saying no and I really struggled with this because I would take any gig I could, I would do it, and run and run and run. But at some point, you have to set boundaries and take gigs that are going to be worth the effort.

MM: How do you idealistically see the scene today for all of us?

JH: I would like to see really good DJs that have put in the time and work getting good gigs and actually getting paid for what they do. Secondly, for people to not look at you and because you have a certain appearance make assumptions. Sometimes people want to believe that we are just are cheating our way up the music ladder (we hired ghost producers etc.) but they have no fucking clue – they don’t see you in the background or come to your studio and hang out with you for a night to see you working. Last, it would be nice to have more people sincerely interested in our work, asking questions, being curious. And this is what I struggle with social media because a lot of people are nauseated by money and just want to be famous at any cost. If you take Instagram away from them what are they going to do next? 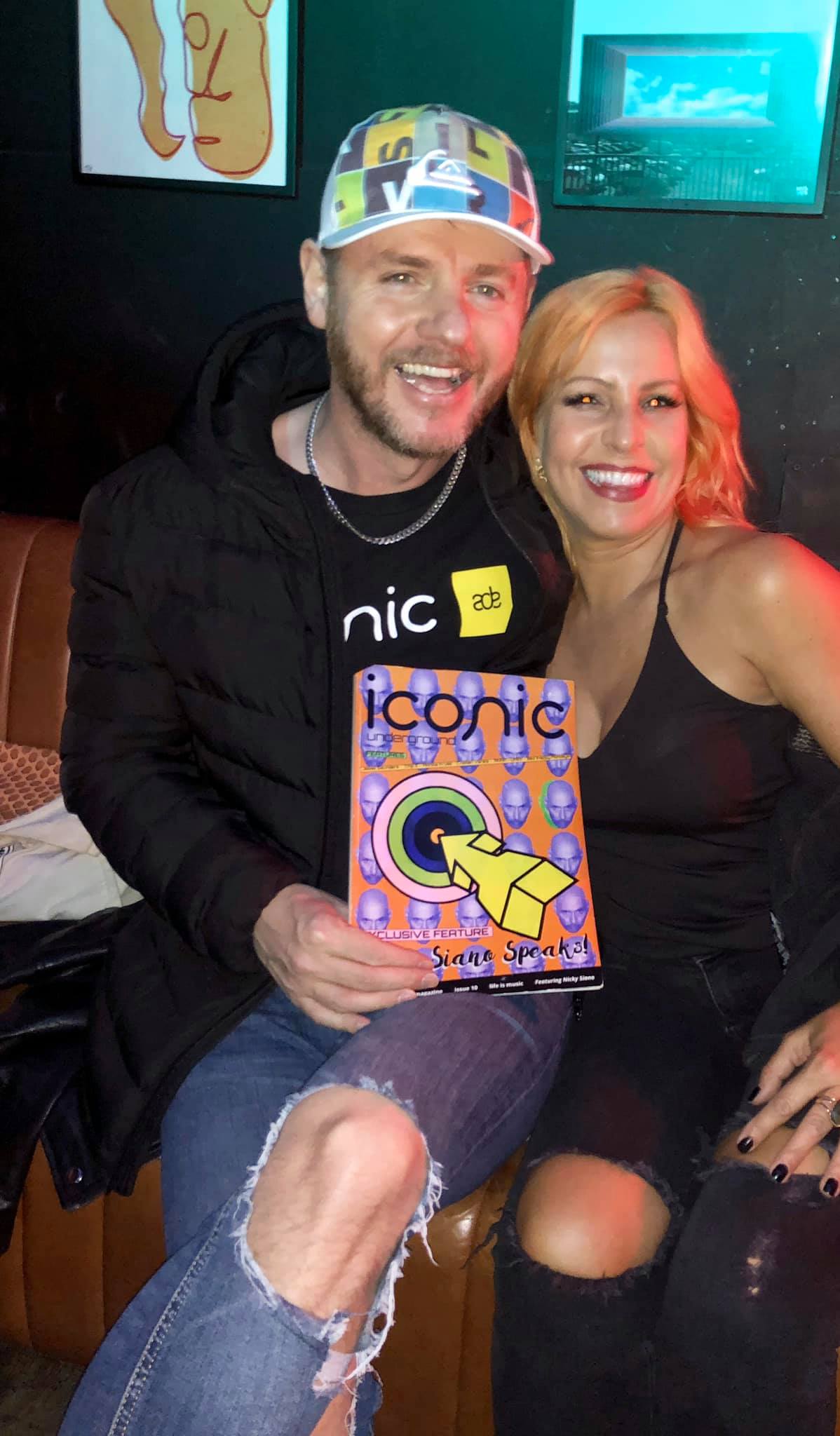