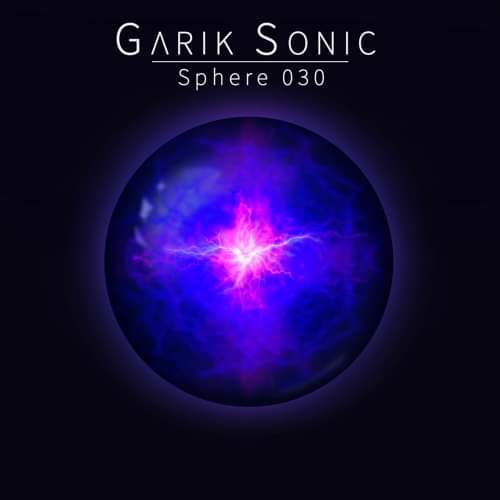 May 12, 2021 Off By Editor
Review GLOWKiD
In spite of the never-ending madness surrounding us, the Techno embassy of Berlin is still active and it has never stopped sprinkling the oxygen of dancing freedom with the kind contribution of its loyal producers & DJs.
One of them is a young, aspiring and newcomer representer of Berliner Techno, called Garik Sonic.

Garik has started his musical trip from an early age with some piano lessons, followed by a sensible addiction to synthesizers, while later became part of some bands.

However, he’s been always passionate for Electronic music, specifically Techno and Drum & Bass. Noteworthy to mention that he’s co-produced with the legendary Rave Queen, Marusha, her latest album ‘Rave Satellite’ that came out three years ago.

Since that time, he’s been spinning 100% Hard Techno vibes showing off his swell DJ skills.

Any DJs out there, beware of that and heed this incredible material. ‘Sphere 030’ is the name of your new Techno weapon, comprised of

three new Techno pieces of smashing darkness hidding a good hope for a filthy revolution of a new raving era.

The vision for this transition can be found on Garik’s collaboration with Marusha and her lyrical minimalism of ‘I see what you see…’ which evokes the mid 00s days Miss Kittin anthems.

But if you’re asking for more pumping action, then pick ‘Hypomania’. A track that walks an odd path of Berlin’s underground. Same direction that one more amazing trooper by the name Klangkuenstler, has been walking for a while.

All in all, a big calling for a cuddle puddle of liebe (i.e. love in German) is all we need very soon again. And this will be accompanied with a good dose of Techno music. These tracks pay respect and justice to Technos spirit.

The EP is out now digitally via Recordjet from Berlin and it’s available to buy now (e.g. Beatport, Amazon, iTunes) or stream (e.g. Spotify)