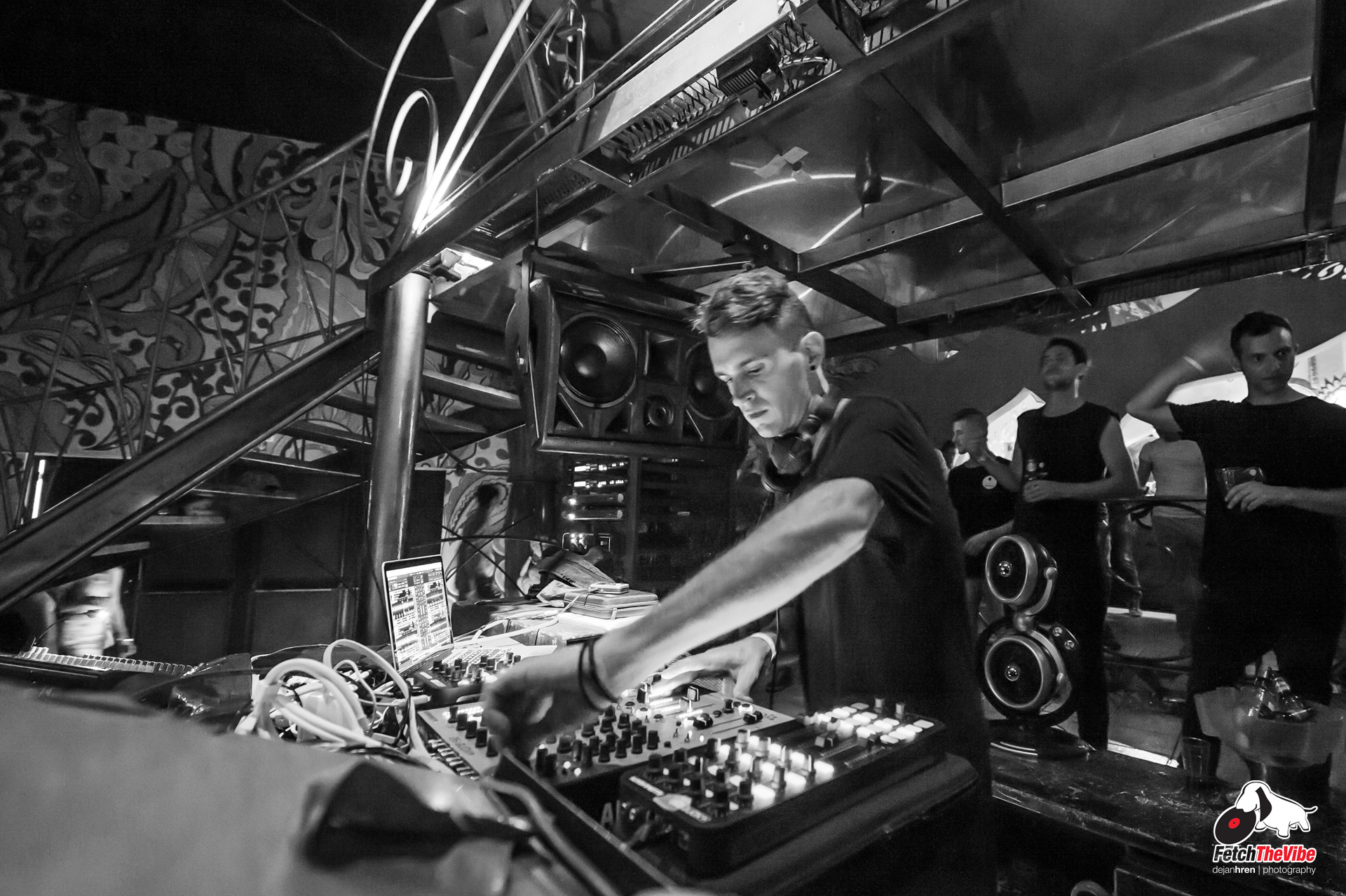 FABIO FLORIDO’s rise has been the outcome of a lifetime of learning; every dancer, every darkened club, every DJ, and every artist that he encounters leaves an indelible impression on him. From the structured confines of the prestigious Giuseppe Verdi Conservatory of Music, to what he actually considers ”going to music school” amongst the sweaty ravers of Tuscany’s underground scene; to training a watchful eye on electronic music legends from the front row of late night London club sets, to keeping to the shadows through several seasons of Space Ibiza’s ENTER., where he witnessed his early tracks tracks finding grassroots support from Richie Hawtin and his many guests, long before they met.

Mike Mannix: Hailing from Tuscany Italy how has this background defined your dance music style, and what gave you itch to mix?

Fabio Florido: Hi everyone and nice to meet you here, pleasure to share some words with you.

Tuscany (central Italy) is surrounded by nature and beautiful cities and is located just an hour’s drive from the coast or the mountains. Maybe it’s because of the diversity of our landscapes that we also have so many clubs. I used to live exactly in the middle of many of the main clubs in the whole of Italy, such as Tenax, KamaKama or others like “Jaiss” “Imperiale”. Every weekend it was only a matter of choosing which one the best line up, jumping in the car (moped in the beginning) and experiencing another crazy night. It was probably a long process over the years of my youth that brought me to realise i wanted to play music but i can say i only started to think about it after few years of living in London.

MM: Walk us through the usual process Fabio of when you are in the studio creating a new track from the analogue outboard, midi, samples and DAW you use and why. What is the key in the whole production process?

FF: First of all the planets needs to be in a certain position otherwise I can sit there forever without being productive! Hehe..let’s say I’m not the guy who sits and make music any time just like that, I must be inspired. When the inspiration arrives (usually it should be raining outside or after hours of being inside my “space”), is all about ideas one on top of the other. I’m in front of my Dave Smith PRO2, my Moog, the Elektron, some Roland machines, the Waldorf synth as well as an infinity of plug-ins and of course Ableton Live, the most intuitive program i know. I usually start with a Kick which can take many hours to be created, followed by a bass line or a background sound which are made at the same time as the main synth and main melody… It’s like a ping pong between these elements until everything sounds perfect and i have a synth/bass/kick groove. Then I move to the rest, recording from my drum machines or plug-ins all the other elements as percussions, fx, chords. The key is to have the right inspiration at the right time.

You want to put something from inside you in every track so every day it’s different depending of your mood. Pick the days when your mood is right to achieve that specific sound and do something else any other day!

MM: You are quoted as saying “When you find the perfect balance between passion for music and pure love of nightlife, you have found the perfect combination to build something unique”, Why do you think this?

FF: Someone who wants to play music for a crowd needs to be “the crowd” first which means experience what is to be on the dance floor with all the feelings that includes. If you have a 360degree vision of what is a great (or bad) night out starting from the afternoon buzz knowing your favorite DJ is coming to town and ending with infinite talking with your friends about how was the music and everything, i think you have more possibilities to understand your crowd and play the right tunes at the right time. Once you are an established DJ, it’s important not to forget to be in the crowd sometimes when possible…so you don’t forget what that means.

MM: You have written and produced a great number of tracks some of which are supported by, Richie Hawtin, Dubfire, Luigi Madonna, Subfactral, Markantonio, Sasha Carassi,  which are the stand out bangers and why?

FF: Well for sure the most recent ones are the ones which represent me the most, or at least they represent this latest stage I’ve reached with the Berlin experience. Starting from the past I would mention “Concave” or “Timeline” which are the first tracks Richie played back in 2011 followed by “What we think”, a track I love particularly because of its contrast from a massive bass-line with deeper sounds to bring the audience to another planet. More recently I’m playing “Ascendant”, “Escape” or “TK01” a lot, which are clearly an evolution from my previous productions. I can feel I’ve used a lot more analogue machines to make them and they do sound bangers when played!

MM: Fabio, what would be the top 10 essential cuts that you must have to survive and why?

FF: For sure I would want to have with me a wide range of music within the 10 essentials:

FF: Plastikman is with no doubt the producer who has inspired me since the beginning and first one. Every single track I was discovering from him back in 2004/2005 it was for me one more step into Electronic music and more specifically, Techno. Obviously I would love to work with him in the studio and see what’s happening there when those unique sounds starts to come to life. I think sooner or later I will start something with my good friend David Sidley aka Whyt Noyz, he’s a great producer, will be fun!

FF: When I finished setting up, wiring and placing everything in my new Berlin studio which is the first professional acoustic treated space I’ve ever worked in, and I started the first Kick drum!

MM: What’s the greatest club/festival event moment you have ever experienced?

FF: Without any discussions Time Warp in Mannheim. I’m going there every year since 2007 and is the only place on earth with that specific magic. I remember in 2009 when Rich was playing one of the best six hours sets of all times. Also “Sonne Mond Sterne” in Saalburg, I went there with friends in 2006 with a camper van for three days…. and i don’t add anything!!

MM: Being able to listen, dance and experience many of your own productions played by the world’s best DJs such as Richie Hawtin on the most talked about dance floors in the world, must be an incredible buzz, is this your motivation to succeed?

FF: Wow, definitely yes. I remember I started to tell everyone around me jumping around ahah.. sometimes it was happening in different Ibiza nights I wasn’t saying anything anymore because I wanted to dance and hear every detail through those speakers while my track was being played, such a good memory. Once you realise even your own tracks can sound so massive in a big sound system then you work with more freedom to the next ones!

MM: How do you see the underground techno scene now?

FF: I see the underground not being underground anymore. It’s something which needed to happen and it’s happening, more and more people are involved, more Festivals are springing up and growing.. it’s a different but good thing overall. Probably the “Magic” we experienced back in the years 2000 will never be the same as for Rock music with the seventies. That feeling to be living something new and special for only a few people is gone, but now you can have a similar emotion looking to an infinite crowd with an incredible exchange of energies…there all together for a common reason, dance. I’m looking forward with excitement to the future and for whatever will come next it’s all upon us, the new generation, of how things will develop in our scene.

MM: What are Fabio’s next big project / collaborations / Album plans for the future?

FF: I have a lots of BIG news to tell you…but you just have to be patient a little bit more… For now the most recent release is my new Escape EP. Have a listen!