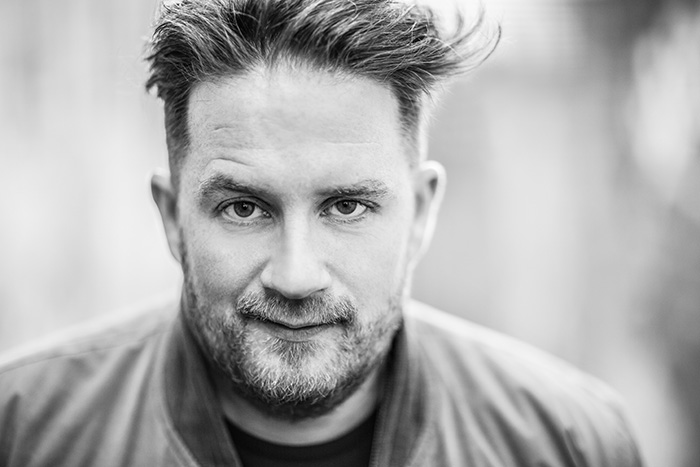 So Dan, hailing from Bristol, an innovative, and a culturally diverse mecca for musicians, free thinkers, activists and anti-establishment mindsets, how has this background defined your dance music style?

EE:  I don’t like to think that it’s defined me too much as I listen to a lot of stuff, but I was lucky enough that I got to see some of the best DJs in the world playing there from an early age, which was definitely inspiring. It’s probably my favourite place in the world, so I still live there.

IU: You have gained a huge worldwide following over the last few years, why do you think this is?

EE: I don’t like to blow my own trumpet, but I have been lucky enough to tour a lot recently which has probably helped to bring my sound to a wide range of people, along with getting my records played by the likes of Annie Mac.

IU: You have written and produced a great number of tracks, which one stands out the most and why?

EE: My favourite track that I have made to date is my recent remix for Green Velvet of his classic track Flash! He’s one of the coolest guys on the planet and it was an honour to remix him, I have been opening a lot of my sets with it since the summer and it always goes down great.

IU: What DJ’s / Artists / Producers are behind your ever driving passion for the scene, and who would you like to work with in the studio?

EE: There’s almost too many to mention; from DJ Easygroove, who I used to watch at Lakota and whose DJ competition I won, getting me my very first residency, to Carl Cox, who just keeps getting better and better. I looked up to Green Velvet for ages, so releasing two tracks with him this year was an honour, and it was also an honour to release a new EP from Rhythm Masters on my label Edible this year, as I always used to love their stuff.

IU: With your successful DJ career bringing you to clubs and studios all over the world are there any sneaky bits of ‘What happens on tour’, craziness you can hint at?

EE: There’s not too much craziness these days as I’m trying to DJ sober as much as possible now I have a family, but that doesn’t stop me being surrounded by crazy things.

IU: ‘Eats Everything’, is rather cryptic, food or drugs, what’s the source?

I eat a lot and play everything, and the name stuck

IU: What your motivation to succeed, what’s the secret?

EE: I’ve always known that music was the only career for me, as I was terrible at any other day job I tried. I love DJing so I don’t struggle with motivation – it’s the best job in the world as far as I’m concerned. That being said, it was so many years before I got my big breakthrough that I came close to sacking it all in a few times. My wife gave me one last chance, and ‘Entrance Song’ was born and it all kicked off – patience is key!

IU: How do you see the underground scene now?

EE: I’m very happy that it’s spread so much, especially in the UK where it feels strange to call it “underground” any more. That being said I’m not a fan of the dance music snobbery that’s arisen out of that, almost like a reaction. As far as I’m concerned I’m just happy I get to share my music with people – it shouldn’t be any more complex than that.

IU: What are your next big project / collaborations / Album plans for the future?

EE: I’ve got my debut South America tour coming up, as well as a new year Australia tour which should be good. After that I’ve got a bit of a break, but we’ve got lots of good stuff coming out on Edible and I’ve a few remixes and productions I’m working on. No album plans yet though.