The beauty of the electronic scene (from day one, if there ever truly was one) is the diversity it attracts. Even more so, of the older of us, raised with a backing track provided by our parent’s social surroundings and tastes until we forged our paths. 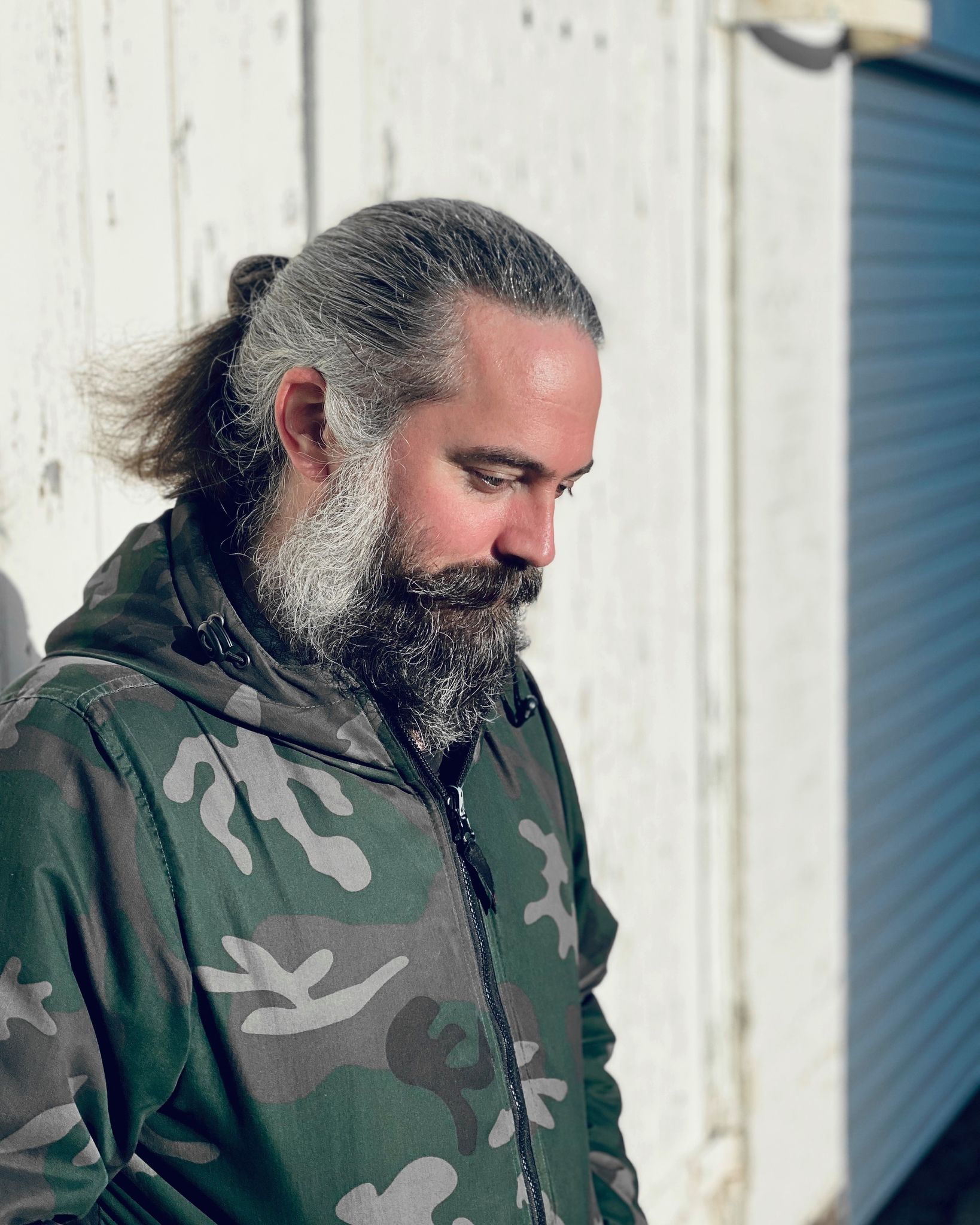 No it’s not nostalgia (or any other gia, specified or not) I’m setting the scene. Its 2003 and you’re Jonny Moy, the almost attractive guitarist in Hearts, a Hardcore Punk band ready to take a small part of Norfolk by storm. Throwdown some Marty Mcfly shit and boom it’s 2021 and you’re just about to release a benchmark album entitled Dynamics of Acid on Altered Sense.

My opinion? Without a doubt.

Rumblings on the scene? Most definitely.

After a brief exchange of photos of seagulls mocking other seagulls, set against a backdrop of social misrepresentation, we felt comfortable enough to move into a more casual and universally accepted field of communication. I championed Interpretive Dance whereas Moy opted for ‘more conventional forms’ which is a loss to the people in my eyes.

Jeff Dobson – Moving from an organic instrument based band to the electronic family, was there a day when the guitar was put down and machines fired up or were it a gradual thing?

Jonny Moy – Not one specific defining moment looking back. When I stopped playing in the band I was at college and juggling the two was getting difficult so I had a breather from guitar and focused more on production I guess. You know, a gradual refocusing of energy/enthusiasm.

JD -Defining moment/ record in that transition period that made you say “Yea, this is my direction.’’

JM – Uranium -Radioactive Man. That was a game-changer for me musically. Also lots of Aphex, Squarepusher etc.

Coming from a hardcore punk scene I was initially into big energy/fast stuff like Rephlex Records, Dave Monolith/MNLTH, Microlith, Analogical Force but also loads of DnB and Breakbeat Hardcore

that I  listened to incessantly from my teenage years onwards….but then there’s the Folk and classical influences from bands like Lau and Luke Howard.

JM – Recently I have looked to people like Shinra, Cignol, Automatic Tasty, Sound Synthesis, Armec, Overmono, Ludwig AF. That kind of sound, those artists keep you on your toes as a producer.

JD – How does it feel to have the album touted already for one of if not the albums of 2021 and it’s only the first quarter?

JM – Only time will tell. I’m not pretending to have a huge back catalogue or decades of experience! Despite enthusiastically making music for years, it’s only been in the last year or so that any of it has seen a release so it’s still a fledgeling experience at the moment. I love the tracks, but

I think it could be a rather divisive sound; people will either love or hate.

Never hoped or imagined for Error 502 to be received the way it was… so there’s no telling. I’d just be happy if everyone that does want a copy gets it, and enjoys it regularly. I’m really pleased with how it sounds and initial feedback ahead of general release has been very positive.

Whilst not always technically (or musically) proficient, I always try to make stuff as musically and progressive as I can manage. Percussion is always evolving, even if it is something as small as a different hi-hat pattern, with melody and harmony that floats around over some kind of bass that isn’t a single note forever.

I do loads of micro edits here and there. Hopefully, no one notices.. just keeps me entertained

JD – Any particular piece out there you think “ Damn I wish that was mine”?

JM – You’re going to hate me, but I genuinely can’t answer that; I just don’t think about music that way. I’ve never heard a tune and wished I had written it. When I hear a piece of music that stops me in my tracks all I want to do is share it with people and celebrate the art. If anything, I get inspired to try and improve my production.

JD – So what’s the future have in store for MOY and his legion of fans now commonly known as Moyets?

JM – Well there’s obviously the Orbital Resonance on EMOTEC, incredibly excited about that too. Sixth Sense with Zodiac Childs on the Nebulae Records V/A (such a killer release, sooo many great people on it.) A couple more V/A features. Not forgetting the dubplate on Exalt, which was great to be part of, and some other things that I will keep under my hat for the moment… 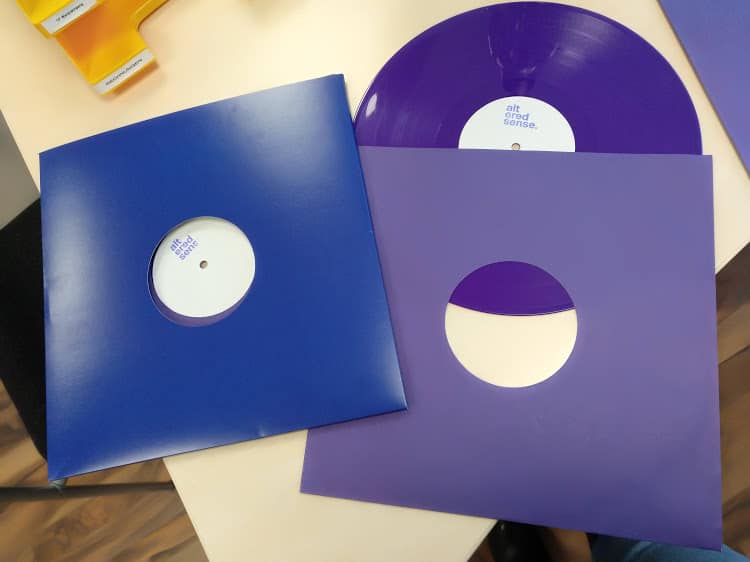 SO to the album itself.

Firstly, visually as you can see, it’s a thing of beauty,( never mind the 9 tracks etched into the wax). Sadly only around 100 coloured copies will be sent out to grace the collector’s shelves but the good news is black copies will shortly follow for the mere mortals to cherish.

Now I will warn you and please head it. You’re not going to skip through this release and take mental notes of what’s catching the attention for a later play. This has to have time put by as from the opening cinematic swells and fx of Pi 1-1-0, a sonic black hole opens and for the next hour or so your falling deeper and deeper as the album unfolds. As each cut leads you into the next, characters appear, each with a story to tell, almost like a long lost photo album now found.

There’s a certain familiarity to the proceedings which after many, many plays I still can’t fathom whether it’s the preceding track that’s laid the foundation or if it’s the emotive narrative of the current.

Maybe it’s the simplicity and childlike honesty of Moy’s work that triggers that warm feeling of security.

There are no shadows lurking or pretence what so ever to this album. At no point does it try to be something it’s not, which a lot of young producers should take note of.

The whole bank of work is allowed to breathe throughout the duration, whether it’s the 303 of Tardigrade, the lead lines of Cosmic Vapour or the subtle nod to Moy’s breakbeat youth on Geodesy, nothing is forced upon the listener. Closing proceedings is one of the most beautiful pieces I’ve heard in a long, long time.

Halcyon literally brought a tear to my rough and ready Northern eye.

It offers hope after the year we’ve had like the silhouette of a ship caught in the sunrise to the stranded, creating that silence as the album runs out and all you can hear is your own breathing while you absorb what you’ve just experienced for a few moments before regaining your senses.

For me, as I stated earlier, Moy has created a tapestry of sound that’s going to be very hard to beat over the coming twelve months. Bar has been set and I’m looking forward to the next instalment from him and hearing those wanting to challenge for the crown.

For those paying attention, there was a closing footnote in the last edition regards a debut release on the eagerly anticipated WGD (We’re Going Deep) label, ably captained by the connoisseur of Acid – Paul Wise (Placid).

Like a phoenix rising from the shit fuelled flames of 2020, another brand new label that I can only see establishing itself in a very short period

What started as a radio show that evolved into a social media group with an unprecedented level of heads offering up their take has now become part of that wax train feeding the ever-restless demands for the best in electronic music (digital copies will be released down the line but as Paul confirmed it will be March 1st).

With the ink barely dry on my last ramble I received a copy of the second instalment from Mr Wise and just casting my leering eye over the tracklist I already knew he’s not playing games. When you see artists like Cignol / Jared Wilson / Gilbert & Armec you kinda know you’re in for a treat bare minimum. Well, I’m delighted to say this is so far and above a mere treat.

With his unmistakable sound Cignol introduces us to 02 WITH Night time Traverse, and let’s be honest, he could record two upturned saucepans and a cazoo and it would still be credible such as a producer he is. Subtly restrained as the track is the 4/4 percussion still holds a punchy drive, coupled with a 303 that’s not overly dominant were off.

Armec takes up the baton with his Celestial Mechanics. An electro growler that had me donning my Kangol and reaching for those breaks and beats tools to drop a cheeky scratch and flare over. Quite possibly my favourite cut on the ep. Personally, I’d be happy with what we’ve been given already but we’re only halfway.

Side 2 leans more towards the Acid vibe we love with

Detroit’s Jared Wilson charming us with a beautifully phrased acid line and hypnotic, almost Arabian lead line that suggests at a semitone off-key that rides the 303 all kept in check with a well-constructed percussion on his Leave your world Behind cut.

Closing out the ride in the same vein we started is Signs of Hope by another favourite artist of mine Gilbert.  Melodic and simply put, rather catchy machines sit atop a perfectly almost understated percussion that I found myself humming quite a few times post play.

Slightly concerned that WGD may have put itself at risk of burn out with the high standards set within the first two releases was extinguished after being honoured with hearing the next 2 instalments and boy oh boy, the label is only going to get stronger.

Behind The Scenes with Ultimate Sound Academy UK