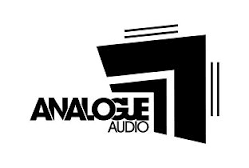 IU – Give us the low down on where it all began and how the journey into techno, started?

AAB – That must have been while attending Nature One festival in 1999. That’s when I went from being a Rock musician playing in different Rock bands in the style of alternative, psychedelic and punk rock to becoming a techno producer.

While listening to the massive and powerful sounds of Pascal Feos, Monica Kruse and Alexander Kowalski I was blown away and inspired to try making tracks of my own.

I started using, well rather experimenting on different DAWs like Fruity Loops, Reason and Cubase, though I later changed to Ableton Live for its quicker work-flow and creative sound design tools.

That was back then when I still lived in Saarbrücken were I was born. There I soon connected to the local DJ scene working with different Artists like Klaus Radvanowski and some more, thus developing and founding my first live Techno project called Stromtherapie together with my friend Marc Theobald. The great response we received for our music led me to consecutively working with Berlin artists and as a result moving here to fully evolve my skills in techno production.

Once settled in my new hometown of choice I started working with Berlin Artist Pierre Deutschmann releasing on his Label K:lender and K:lender Ltd. and had my first Berlin bookings in Clubs like Tresor, Magdalena (back then it was called Maria am Ostbahnhof) and many more.

Next step for me was releasing on Holgi Star’s imprint Kiddaz FM and Style Rockets and soon I started working there as an employee in the field of distribution and Podcasts, gathering my first experiences in label management. Once I became confident in and gathered up enough experiences I started my own imprint Analogue Audio. That was five years ago in 2011.

IU – What DJ’s / Artists / Producers are behind your ever driving passion for the scene, and who would you like to work with in the studio, and how important has techno been in influencing your direction?

AAB – Actually, that changes a lot over the time … right now the work of Anthony Rother is highly inspiring to me. I would love to work with Florian Meindl, Luigi Madonna, DVS1, and Ben Klock…

IU – The releases on your label on your at the moment unbelievable, in your opinion whats is the secret to this achievement?

AAB – Puhh Thank you a lot for the compliment. …. Actually we are all friends and we love to make music with passion and expression. We just take it easy, try to connect with the Artists we favor whether they are well established or newbies to the scene. In the end, it all boils down to having the most fun in what we love and do best. So, basically we Jam a lot together and try to inspire each other.

IU – How do you see the underground Techno scene now in Berlin and where do you see it evolving?

AAB – The Techno scene in Berlin has surely and constantly grown over the the years and seemingly continues to grow a little bit every year. You can see that by more and more techno clubs opening up and more and more techno dis and producers moving here. We as a lable actually embrace the fact of a constantly evolving and growing techno scene around us, giving us the opportunity to work with even more people more closely and in person than ever before.

If we’re talking styles then I would say techno is getting faster again, meaning higher bpms and more and more rave and even trance elements are showing up…it’s exciting actually.

I think that when you always buy the latest music and we also listen to promos a lot since we wanna be at the very front edge of the trends as well as of the technology you automatically evolve along and of course you try to give a little bit of yourself back to be part of that very evolution. For me as a producer and DJ I can only say that there is rarely a moment where I play a 5 year old track because there is always so much exciting new stuff to try. There is, however, always that particular time where you discover a really old cherished piece of music that you haven’t heard in such a long time and that you somewhere try to mash into your set or merely just quote it so it will not become forgotten. If you do it right it can get great smiles on the faces of the people dancing on the floor in front of you sometimes even a solid hands up.

IU – Walk us through the usual studio process….

AAB –  Since early 2015 Sebastian Schroeder and I started working together in the studio producing singles, not only our own stuff but for other artists as well, and doing mastering Jobs for different artist and labels. We form a classic production team where each producer works sometimes single handed and sometimes together. It’s a little hard to explain but I’ll try to do my best. Each one of us composes tracks but we do not necessarily need to work on them at the same time together. We rather split tasks in order to get things done quicker and each one of us employs his own special set of skills and contributes to the work what he is best at.

On a regular basis, we build up different setups to match a certain sound one of us has in mind or has recently heard somewhere else in a club and which has inspired him to try something similar or something new. So we take the drum machine(s) we consider to fit the purpose best, a certain set of preamps and EQ’s and compressors to shape our favourite synths (Roland is right now very high on the list) to get the sound that we like to achieve. We then save this as a template and start playing with it on keyboards and controllers and start bouncing ideas. Sometime I come up with a nice hookline he had in mind while Sebastian is working on a sequence pattern or a new BD sound and while experimenting and jamming we quickly record our ideas arranging them to tracks. You get quite fast if you do this on a regular basis and it’s a lot of fun too.

And that’s where the work starts when you start arranging it to make it fit a DJ set nicely and then go into the mixing process where you really mould the sounds together an giving them space a the same time until the final process where Sebastian takes it through his mastering chain to give it the ultimate feel of a big sound by increasing punch and stereo image and loudness.

IU – Vinyl to take to a deserted Island:

Sebastian and I would also probably carry a small collection of jazz and blues, Bach & Beethoven, YELLO and 80s compilation and some early 90s techno. Probably also one or two rock albums, like Muse or Pink Floyd..

Actually I would wish a certain great DJ cd-player to be more openly compatible with other gear and to be a little bit more bug free considering the high price but apart from that I’m really excited about all the new ways of DJing technology is offering us today. Be it the ability to combine a drum kit from one track with a baseline from another track or simply the comfortable feeling to be able to carry your whole music collection with you all the time without having to lift a couple of heavy suitcases all the time.

AAB – There are at least 6 great Maxi-Singles / EPs and Vinyl coming out until the end of the year and again like last year a compilation where this time Sebastian picked his favourite tunes from this years’ catalogue.

So stay tuned there are some heavy floor shattering bombs coming down to the dance floor from Owen Offset, Israel Toledo, Twist3d and Schroeder & Vaillant. This is of course besides us constantly doing remixes and having the one or the other release on our friends’ imprints.